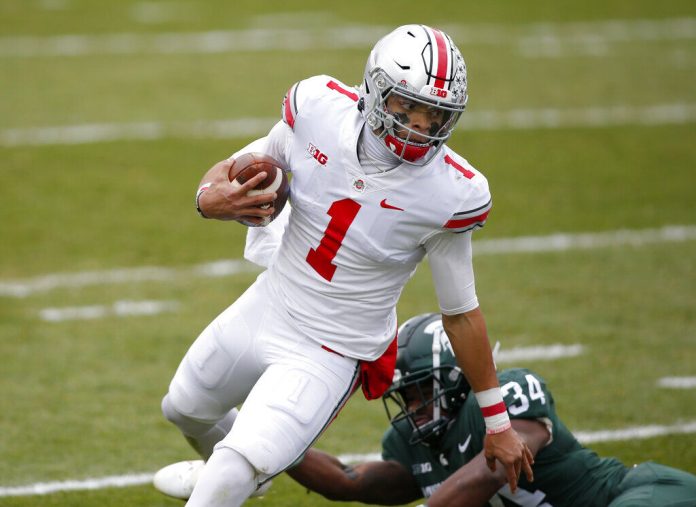 ANN ARBOR, Mich. (AP) — Michigan canceled its annual rivalry game at Ohio State on Tuesday because of the
COVID-19 outbreak within the Wolverines football program.
"The number of positive tests has continued to trend in an upward direction over the last seven
days," Michigan athletic director Warde Manuel said. "We have not been cleared to participate
in practice at this time. Unfortunately, we will not be able to field a team due to COVID-19 positives
and the associated quarantining required of close contact individuals. This decision is disappointing
for our team and coaches but their health and safety is paramount, and it will always come first in our
decision-making."
The third-ranked Buckeyes played through what coach Ryan Day called a "mini outbreak" on
Saturday in a 52-12 win at Michigan State after he was relegated to watching the game from home. Day is
among the coaches and players in the program that tested positive for the coronavirus, leading to Ohio
State canceling a game at Illinois.
Earlier Tuesday, the regular-season football finale between No. 7 Cincinnati and No. 18 Tulsa was
alsocanceled due to COVID-19 cases and contact tracing within the Bearcats’ program. The two teams are
scheduled to play Dec. 19 in the American Athletic Conference title game.
Last week, Michigan coach Jim Harbaugh said team meetings that were scheduled to be done in person would
be conducted virtually after an increased number of presumptive positive COVID-19 tests.
The Wolverines canceled last weekend’s game against Maryland because they had at least 12 positive
COVID-19 cases within the football program, a person familiar with the situation told The Associated
Press. The size of the outbreak has not been disclosed by the school and the person spoke to The AP only
on condition of anonymity.
While outbreaks have disrupted more than 100 games across major college football since late August, the
problems with the Wolverines were closely watched in part because the Buckeyes have a lot to gain.
The Buckeyes have missed two games in this pandemic-shortened season because of COVID-19 issues and one
more would leave them unable to reach a conference-mandated minimum to be eligible for the Big Ten
championship game.
The Big Ten, however, could decide Ohio State will still represent the East Division at least in part
because the conference doesn’t want to hurt the Buckeyes chances of earning a playoff berth.
With the move to cancel the game in Columbus, Ohio, it spares Harbaugh what would likely be another
lopsided loss. The Buckeyes beat Michigan 56-27 at the Big House last year in Day’s first game as head
coach in the series and extended their winning streak over the Wolverines to a school-record eight
straight.
Harbaugh fell to 0-5 in the rivalry last year, continuing a trend that has seen Michigan lose 15 of its
last 16 games to Ohio State to knock some luster off one of the greatest rivalries in sports. Harbaugh’s
winless record as a coach in The Game is often scrutinized. That’s especially true this season because
Harbaugh has one year left on his contract at the school he led as a quarterback in the mid-1980s. 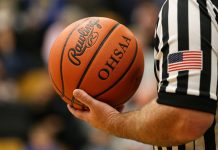