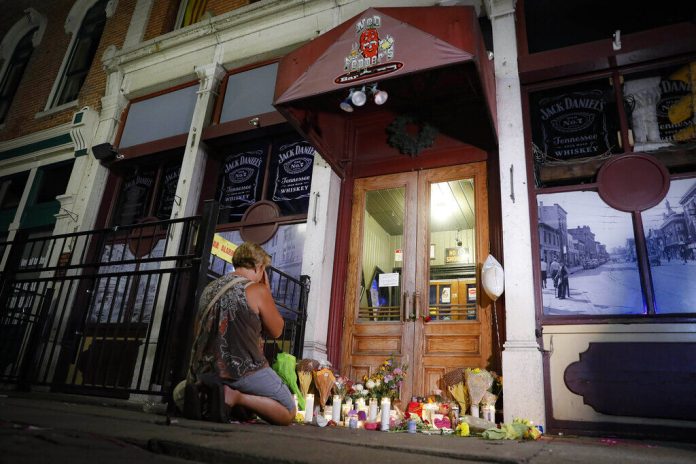 Mourners visit a makeshift memorial Sunday, Aug. 4, 2019, outside Ned Peppers bar following a vigil at
the scene of the mass shooting in Dayton, Ohio. As the anniversary of the 2019 shooting approaches, the
mayor talks about plans to mark the day, Dion Green whose father died in the mass shooting on a night
with him, wrote a book about surviving tornadoes that shooting and new murals adorn the walls of
buildings in the city’s Oregon Entertainment District. (AP Photo/John Minchillo, File)