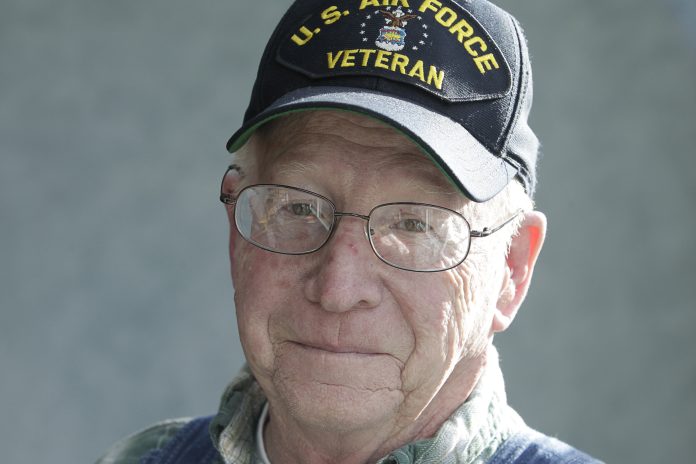 Tom German was already thinking about joining the military before graduating high school.
And for him, it was one of the best things he ever did.
"I had talked about it before graduating from high school," said German, who lives north of the
village of Haskins. "But I hadn’t decided anything definitely. It was about a week before I
graduated, I got some information in the mail" about going to a recruiter’s office in Bowling Green
and taking a test. He went about a week after graduating, and "I was on a plane" a week later.

German had joined the Air Force. The year was 1963.
"Thinking back about it, it was one of the smartest things I ever did," he recalled.
German noted he hadn’t planned on attending college, and that "the Air Force offered me … an
all-around education I probably never would have got in college," enabling him to see things and
interact with people that simply would not have been available to him otherwise.
German, who was overseas from 1963 until 1966, was stationed on a NATO base in the Netherlands as a
security policeman.
German noted that he volunteered for overseas service.
"That was one of the reasons I went in," he said.
"Fantastic place," he said of the Netherlands. "They absolutely loved Americans
there."
"I had been over there about six months when Kennedy got assassinated, so it was a lot like what we
experienced … during 9/11, everyone was on high alert."
"At that point, that’s when I started taking the military seriously. I realized what I was
into."
Other news, however, traveled slowly, he said – telephone calls home cost $10 for three minutes, and
American newspapers and magazines that made their way to the base were often weeks out of date.
So German was surprised in 1965 when he arrived back in the States to visit his ailing mother. He and
another serviceman had to take a bus from Philadelphia to Toledo and were shocked at the reception they
received.
"We got to Philadelphia airport, about 3 a.m … and there were guys dressed like monks"
throwing garbage at them, spitting and calling them names.
He and the other soldier had no idea why.
"It was that particular time period where that was the thing to do, I guess, the military and the
veterans were not very well-received at that time."
German, who was a passenger on Northwest Ohio Honor Flight’s final trip last month, noted that the
reception then was "180 degrees from what we got treated like in the early 60s, or even mid-60s.
This Honor Flight has got to be the greatest thing that has ever happened to veterans in this
area."
German noted that his time as a veteran has helped him in an unexpected way – helping grow his
relationship with the youngest of his two daughters, a veteran of the Army, having served 5 1/2 years.

"That’s the last thing I figured, was one of them would be a fellow veteran," he said.
He said that her experience allowed the two to find more common ground in their relationship.
"I’m very proud of her. It gave her a whole different outlook on the way things are in the
world."