After “Airplane!” “Airport,” “Up in the Air,” “Flight,” “Snakes on a Plane,” “Non-Stop” and “The Terminal,” we have finally arrived, like weary passengers reaching an unexotic destination, at “Plane.”

The Gerard Butler thriller, straight and to the point, has dispensed with anything too complicated in its title. We can, no doubt, look forward to future installments like “Bus,” “Automobile” and, if we’re lucky, “Boat.”

And Butler has gotten quite good at keeping these kinds of movies grounded. He plays Brodie Torrance, a pilot for Trailblazer Airlines whose next flight is a New Year’s run from Singapore to Tokyo. Despite a worrisome storm system in between, he’s ordered by the airline to fly directly through it, to economize fuel.

“Plane” doesn’t have much to say about anything. But this critical touch — and the subsequent scenes within the Trailblazer corporate offices, with Tony Goldwyn and Paul Ben-Victor — will surely strike a chord. Americans are today bonded by nothing as much as their common loathing for the capriciousness of commercial airlines. The well-timed “Plane” flies into theaters just as system failures have sparked widespread delays and cancellations. These are problems, surely, that Gerard Butler could also fix.

But Brodie’s real problem is that weather system. A lightning strike knocks out the plane’s controls, forcing an emergency landing on a remote jungle island in a separatist-controlled corner of the Philippines. Brodie, a former Royal Air Force pilot who once put a belligerent passenger in a chokehold, relies on his know-how to captain the survivors and defend them from local rebels. Evan Dane Taylor appealingly plays their alert leader, Junmar.

There were only a handful of passengers on the flight to begin with — one way to keep the extras to a minimum and put more budget toward airplane maneuvers. Most notable among them is a convicted murderer (Mike Colter) being extradited back to the U.S. He and Brodie team up to rescue the passengers, taken as hostages, and make an escape.

There isn’t anything particularly specific about any of this. “Plane” is as broadly sketched as its title. Puerto Rico doubles here for Philippines, and most of the story elements, too, feel like they’re stand-ins for basic plot conventions. But there’s plenty of texture just in the actors and in Butler’s taut, sweaty performance. Sometimes a film without any baggage can — if not quite soar — at least make it to the gate on time.

“Plane,” a Lionsgate release, is rated R by the Motion Picture Association for violence and language. Running time: 107 minutes. Two stars out of four. 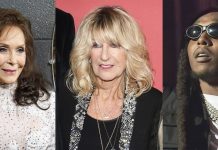 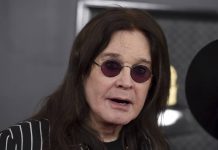 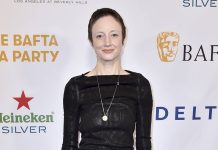