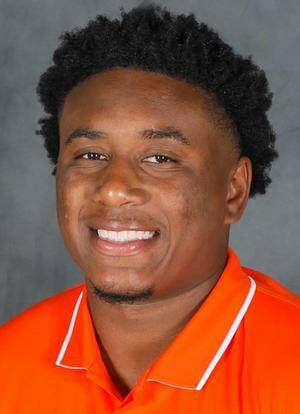 Bowling Green State University’s 6-foot-4 defensive lineman Karl Brooks has accepted an invitation to the prestigious Reese’s Senior Bowl. Brooks is set to be the sixth Falcon all-time to appear in the Senior Bowl.

Brooks is eighth in the nation with 10 sacks and No. 9 with 18 tackles for loss. His 49 hurries and 69 total pressures per PFF ranks first in the nation among all FBS defenders.

Brooks created a pressure 17.8 percent of his pass rushes. His 10 sacks (in 2022) and 27.5 career sacks both rank third on BGSU’s single-season and career lists.

Brooks is the first Falcon since tight end Quintin Morris (2021) to play in the Senior Bowl.

The Reese’s Senior Bowl is widely regarded as the preeminent college football all-star game and the first stage in the NFL Draft process. The longest continual-running all-star game has taken place in Mobile, Ala., the past 73 years.

More than 900 NFL personnel, including key decision-makers from all 32 teams, and over 900 media members from around the country were credentialed last year.

This past April, the game produced a record-tying 106 total picks for the second straight year, representing 40 percent of the entire NFL draft, including 45 of the top 100 players selected.

The 2023 game will be played on Sat., Feb. 4 at 2:30 p.m. The game will be televised on NFL Network at Hancock Whitney Stadium on the campus of South Alabama.