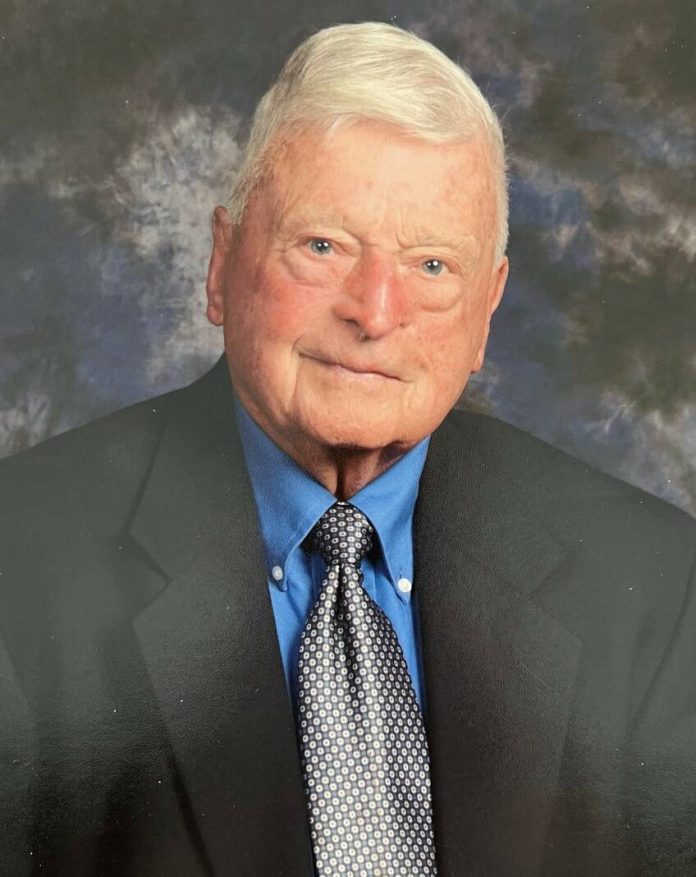 Joe was preceded in death by his wife Carol (Meyer) White on September 2, 2011.

He had many loyal friends and he adored his two cats, Sam and Callie. He graduated from Athens High School and attended classes at Purdue University in Indiana and Morgantown, West Virginia.

He is survived by his daughter Lisa (Tom) Recker.

Joe worked for the Athens Messenger prior to joining the U.S. Navy during the Korean War. He received a letter of accommodation from the Commander of the Atlantic Fleet in the salvage of USS LST 291 which he served aboard. While on a three-day pass, which allowed him a maximum of 50 miles from his ship, Joe hitchhiked 502 miles from Norfolk, Virginia to his home in Athens, Ohio.

He played the coronet in the Great Lakes Navy Band from 1950 to 1954. He played in many graduation parades and played TAPS at the Jerry City Cemetery. He spent two weeks singing in the chorus at the Rodeheaver School of Sacred Music in Winona Lake, Indiana. He was still active in the Navy Veterans Annual Ship Reunion.

After the Navy, Joe worked for various cross country pipelines, the last being the D.W. Miller Pipeline Company prior to working for the Suburban Natural Gas Company for 41 years as Director of Field Operations. He was a trustee of the Ohio Gas Association and a past president.

Being outside was Joe’s favorite place to be. He liked gardening, fishing, hunting, driving and traveling. He also was a leader with the youth in the Scouts and the horse 4-H club. He was a member of the Athens, Ohio Paramuthia Lodge #25 for over 5 years. He was a member of the Scottish Rite in Columbus, Ohio and in the Findlay, Ohio, Zenobia Temple Clowns.

Joe never met a stranger and had the true gift of conversation. He will be truly remembered by his many friends. Joe was a busy, active, and hard worker all his life. He was friendly, and always helpful.

He was active in two churches: Immanuel Lutheran in Deshler, Ohio, where he served on the church council, and in more recent years, he joined St. Mark’s Lutheran Church in Bowling Green, Ohio and was an active member.

The funeral service for Joe will be held on Tuesday, January 3, 2023 at 11 a.m. at St. Mark’s Lutheran Church, 315 S. College Drive in Bowling Green. Pastor Rob Spicer will officiate. Visitation will be held from 10 a.m. until the time of service. Military honors will follow and be rendered by the Wood County Honor Detail.

Interment will be held at a later date in Athens, Ohio.

Memorial contributions may be given in Joe’s honor to The American Cancer Society or a charity of the donor’s choice.

Funeral services have been entrusted with Dunn Funeral Home, located in the Historical District of Bowling Green at 408 West Wooster Street.

To leave an online condolence or share a fond memory, please visit www.dunnfuneralhome.com.