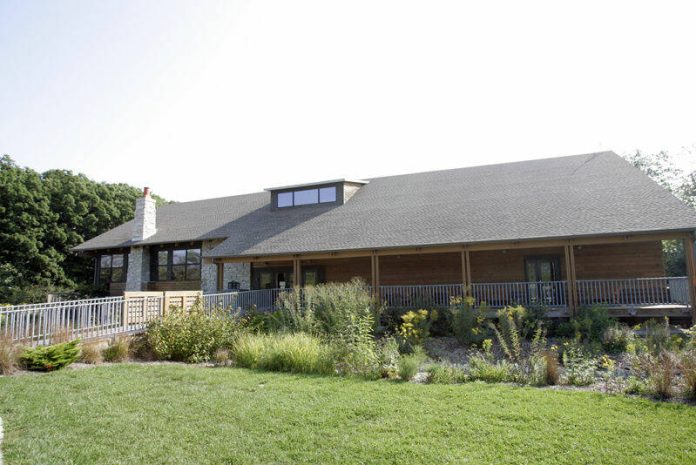 Add the Wood County Park District to the list of governmental entities that is having trouble getting new vehicles.

Director Chris Smalley asked the park board for authorization to seek out alternative vehicle sources at the November meeting.

“We’re hopeful, but in the meantime we’re still without a new vehicle or a spare vehicle this year,” he said.

He would like to look at govdeals.com and possibly bid on a park patrol vehicle from another municipality.

He asked the board to be able to purchase up to the budgeted amount, without having to come back to the board, if the opportunity presents itself.

“I think it’s a cool idea — No. 1, because we have to do something,” said board member Tom Myers. “It’s a Band-Aid approach until things right themselves,”

He asked about possible repairs that would come with this type of vehicle.

Smalley said that some repairs could be done internally, some taken to local dealerships, and they also work with the country garage.

The board approved Smalley looking for different vehicle options.

The Wood County sheriff recently said that his vehicle order for this year has also been canceled.

• Hired Kleinfelder Inc. for engineering services at Otsego Park for $10,000. The work will be on the Thompson Stone Hall Shelter House floor framing.

Board member Tom Myers said that $60,000 has been budgeted for this work.

“That’s a ballpark figure. We’ll have a better idea once we engage their services and get a scope of work from that,” Smalley said.

“It just depends what they find,” Smalley said.

Board member Denny Parish asked what the concerns are at Otsego.

Andrew Kalmar, assistant park director, said that at the west end of basement, the concrete is off at the end of the beams.

“It could just be water infiltration,” he said. “It could be that it’s more widespread than that, we just don’t know.”

If the problem is water infiltration, that can be fixed and patched, and will not be expensive, Kalmar said.

“If it’s something worse and you have support problems on the floor itself, that’s when it would get expensive,” he said.

Kalmar added that the floor is stable.

Smalley said that the building is undersized for the activity that goes on there. They want to expand the building and engage in services to ensure it’s done correctly, Smalley said.

• Discussed the remote work policy, that has been in effect since the coronavirus pandemic started in March 2020.

“The state of emergency has expired,” said board President Sandy Wiechman. “I do feel that we need to rescind that.”

Parish asked how many employees are working from home.

Smalley said that each department has some. He said it’s most recently been used as a flexible policy. One employee used it because his children were sick; another used it when she had to take her car in for service.

“It’s a medley. It’s been a medley for quite some time,” Smalley said.

He suggested having a telework policy that is at the discretion of the director.

“It would be occasional use,” Smalley said.

Board member Bill Cameron said that the telework policy allows employees to work, with flexibility.

“At least the work is being undertaken,” he said.

“I don’t disagree with that. I just think the director should have the discretion,” Parish said.

Smalley said he will do some new guidelines.

• Voted to limit compensatory time to 80 hours, which is a change in the employee manual.

• Entered into agreement with Ottawa County for the Portage River Water Trail. In 2020, the park district joined as one of the partners for the water trail. Since then, the Ottawa County Park District has evolved and is taking on a larger role, Smalley said.

• Went into an executive session to discuss real estate acquisition. No action was taken.