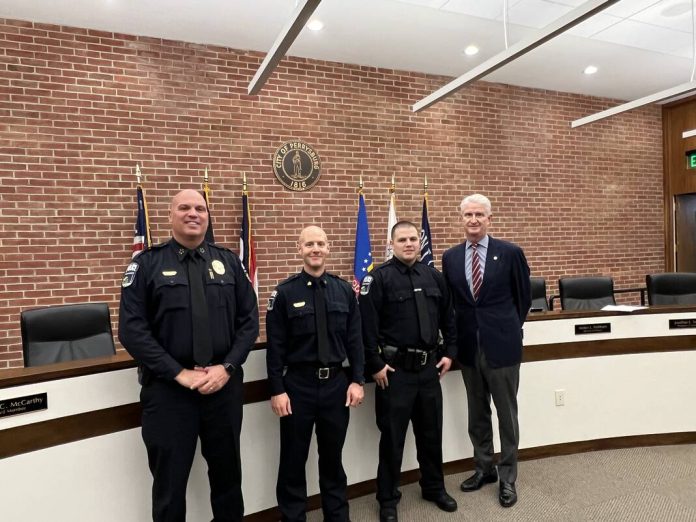 PERRYSBURG — The Perrysburg Police Division has two new police officers on its force. David Ranazzi and Brenton Duran were sworn in by Mayor Tom Mackin on Monday.

Ranazzi comes to Perrysburg from the Ottawa Hills Police Department. Duran previously worked for the Perrysburg Police Division. He resigned last month but decided to return to his position in Perrysburg as sergeant.

The total number of officers on Perrysburg’s police force is now 41.