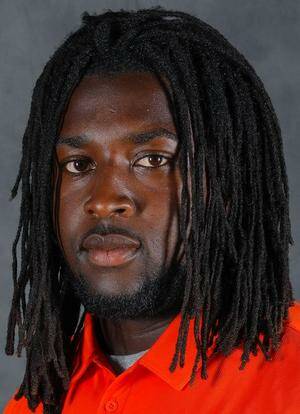 Bowling Green State University outside linebacker Demetrius Hardamon was named the Mid-American Conference East Defensive Player of the Week for games played through Sunday. It is the first career weekly accolade for Hardamon.

Hardamon (senior, Beavercreek, Ohio) helped lead a team defensive effort in a win over Miami (OH). He notched five tackles, four of which were solo in the win. Hardamon had a career-high 3.0 tackles for loss and a career-high 2.0 sacks (BGSU had 4.0 sacks). One of his sacks was a strip sack with BGSU recovered. BGSU held Miami (OH) to 189 yards of total offense, which marks just the 10th time since 2000 the RedHawks failed to reach 190 yards of total offense.