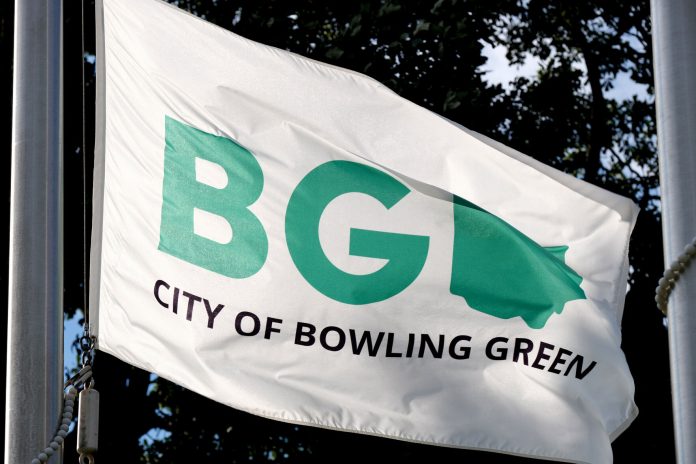 A proposed amendment to the city’s anti-discrimination ordinance drew a number of speakers and a large crowd to Bowling Green City Council’s regular meeting on Monday.

A total of 14 speakers addressed the issue; the ordinance received its second reading during the meeting.

The legislation would amend Section 39.01 of the city’s codified ordinances.

According to a legislative package document prepared for council, Councilman Nick Rubando brought forwarded the proposed changes, with the description that “the unlawful discrimination protections found in Chapter 39 of BG’s Codified Ordinances protect individuals against discrimination, including in the workplace, business establishments, places of public accommodation, and education institutions. Protected classes include race, ethnicity, religion, age, and sexual orientation, among many others. Originally passed in 2009, Chapter 39 currently includes ‘sex’ as a protected class. The intent of the ordinance on Council’s agenda is to add a definition of ‘sex’ that expressly protects people’s reproductive healthcare decisions, gives protections to breastfeeding mothers, as well as pregnant individuals or those seeking to become pregnant. The language also makes express that nothing in the definition of ‘sex’ can be construed to require an employer to provide health insurance benefits for sexual or reproductive health products or services.”

Language in the proposed legislation states that “for the purposes of this section, the term ‘sexual or reproductive health decisions’ means decisions relating to the use or intended use of products or services for contraception, sterilization, fertility treatment, pregnancy or its termination, hormone therapy including that which alters gender expression or affirms gender identity, or medical treatments that affirm gender identity.”

Monday’s council meeting featured a standing-room-only crowd; approximately 50 people were in the audience in council chambers, not including city employees and media. A sizable crowd was in the hallway outside of council chamber.

Prior to the start of lobby visitation, when speakers can address council, Council President Mark Hollenbaugh said they would limit speakers to two minutes “due to the incredible amount of people that we have signed up.”

Many of those who spoke about the proposed amendment expressed concerns that it would negatively affect pro-life pregnancy centers.

Sophia Jarrell, Bowling Green, who said she is a business owner and 11 weeks pregnant, spoke about local organizations like Her Choice and The Nest, saying the proposed amendment’s language would make it impossible for groups with an expressed pro-life mission “to operate and provide free services” to women in the community.

“The amendment is actually discrimination toward pro-life people and pro-life organizations,” she said.

Peter Range, Haskins, who said he is the CEO of Ohio Right to Life, said lawyers he’s spoken to felt the amendment would have a chilling effect on choice available to women, unfairly targeting and penalizing such pregnancy centers. He said that in Missouri, a similar ordinance was struck down in the courts because it infringed on First Amendment rights.

“Please do not pass it for the sake of women here in Bowling Green,” he said.

Gene Canestrano, who said he does Right to Life litigation across the state, said the proposed change is “on its face unconstitutional.” He said it would demand that pro-life pregnancy centers be staffed with people who are not pro-life.

“That is the interpretation that has been read into it in statutes across the country,” Canestrano said.

Rubando noted that the legislation does not force organizations to provide reproductive healthcare products or services.

Referencing legal action that could potentially be taken, Canestrano said “This could be disastrous for this community.”

“Is that a threat?” asked Rubando.

Kim Lulfs, Bowling Green, who said that she endured hardships when she became pregnant at age 18, said she “could not bear” thinking of the proposed amendment passing. “It just doesn’t make sense to me,” she said.

BG resident Lia Ricci, who said she is a Bowling Green State University graduate and a business owner, spoke in favor of the amendment.

Women, she said, “should be able to have employment, housing, education, regardless of their reproductive choices, regardless of pregnancy, regardless of their choice to breastfeed or pump. This seems sad to me that we’re having a discussion about this in 2022… Bowling Green City constantly talks about trying to decrease brain drain, recruit and keep these wonderful brilliant students that come here for their education. In order to do that, we must protect the women of our community. That makes no sense to do otherwise, to me. I hope that you will pass this amendment,” she continued. “Protect the women of this community. Make a statement to the women who are considering staying in this community, buying homes in this community,” and other similar steps “that they are protected.”

Joseph DeMare, who noted he is co-chair of the Wood County Green Party, said that organization is in support of the amendment. DeMare said that his first experience in politics was with Right to Life, but that his beliefs changed in speaking to a woman who had provided abortions when the procedure was illegal.