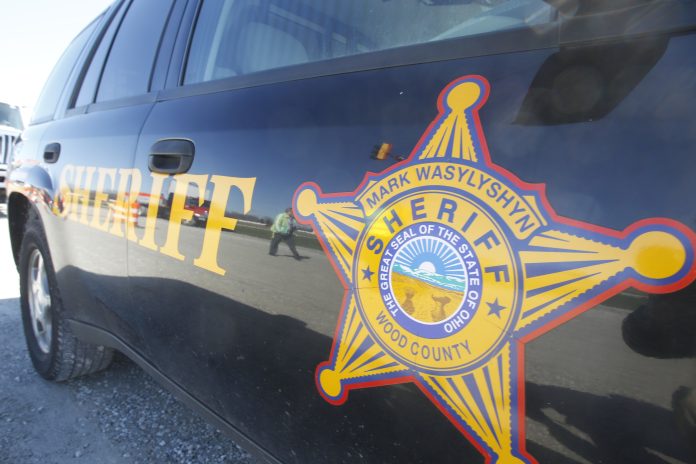 There are more than 100 sex offenders living in Wood County, and it is Isaiah Loar’s job to track them
all.
Loar, who spoke Aug. 8 to the Bowing Green Kiwanis Club, said that he has been with the Wood County
Sheriff’s Office for 12 years, six with the sex offender registration and notification program. He
formerly worked at the jail and on patrol.
Deputy Loar and Deputy Jill Holland recently were recognized by the National Sheriffs’ Association for
their efforts in overseeing the county’s sex offenders.
“We pay a little bit more attention to who is out there,” Loar said of Wood County’s efforts.
There are three tiers to the crime: Tier 1, where offenders need to check in once a year for 15 years;
Tier 2, for which an offender needs to check in twice a year for 25 years; and Tier 3, “the worst of the
worst, the ones that really need more watching” and who has to check in every 90 days for life, Loar
said.
Registration requires where the offender is living, where they go to school and work, and anywhere they
are volunteering, he said.
Kiwanis member Bob Callecod wanted to know the severity level at each tier.
According to Loar, Tier 1 may be gross sexual imposition, like unwanted touching.
Tier 2 could be voyeurism or multiple Tier 1 offenses.
Tier 3 involves crimes against a young child, multiple counts of different sexual crimes and rape.
Megan’s Law, which created a registry for habitual sex offenders and sexual predators, changed names to
the Adam Walsh Act in 2007 and that is when the tier system was developed.
As of Aug. 8 there were 122 registered sex offenders living in Wood County. That number has been as high
as 174 and as low as 110.
“We still have some habitual sex offenders, we still have some sexual predators that are still labeled
that way,” Loar said.
They will continue to be labeled that as they were sentenced prior to the Adam Walsh Act, he said.
There are still two sexual predators under the old system living in Wood County.
“They are never going to get off of that. That is lifetime, they have to register … everywhere they
live,” Loar said.
The county has 41 in Tier 1, 27 in Tier 2 and 21 in Tier 3, but when mixed with the sexual predators
under the old system that number is bumped up to 40 in the county who have to register every 90 days for
life.
“It’s not very often that we have to file charges (of failure to register),” Loar said.
There were maybe six or seven last year, he said.
“They start to get the picture. Either that or they are in jail.”
Most pay attention, and he knows every single one of them.
“It I know what’s going on, then I’m not going to come after you.”
Wood County is different in that “we see the human factor,” Loar said.
If an offender calls and has a good reason for not making the check-in deadline, he will work with them
as long as they stay in touch. If they miss the new deadline, papers are filed immediately.
‘They’re people too. People screw up. As long as we have an open line of communication with them … then
we know what’s going on.”
There is an email notification through OffenderWatch, which sends out notifications if an offender moves
within 3 miles of your home.
“Anytime anybody moves in or out of that geographical circle, you get an email alert stating there is an
offender near you and who they are,” Loar said.
He has two kids and worries about them. One offender who moved into his area has no interest in children,
so he is not worried about her. The second one is an issue with children, so he shared a picture with
his wife.
Anyone who lives within 1,000 feet of a Tier 3 offender will get a mailer describing the person.
Wood County, Loar said, is second in the nation when it comes to sending out notifications of sex
offenders.
The only reason Wood County is number two is because the parish in Louisiana where OffenderWatch is based
is number one, he said.
Sex offenders are not allowed to live within 1,000 feet of a school, straight line distance, property to
property.
One offender wanted to move into Perrysburg near the junior high school; he went out with a laser to
measure straight-line distance and it was 995 feet.
“The prosecutor’s office in Perrysburg said no go.”
If they already live in a house and get convicted, they can not be kicked out, but with public pressure,
it usually happens.
There is in-jail counseling at the NorthWest Community Corrections Center, but nothing after they get out
that he is aware of.
Judge David Woessner said juveniles also have to go through a classification but the classification can
be deferred after treatment.
He has been the judge of the Wood County Common Pleas Court, probate and juvenile divisions, since 1998.

“See how they respond to a secured treatment before you make the classification,” he said
To sign up for OffenderWatch, go to woodcountysheriff.com.
Kiwanis President Jeff Orlowski said the talk reinforced his belief that you can’t control people’s
actions.
However, “there’s good people in Bowling Green always trying to make this town a better place.”