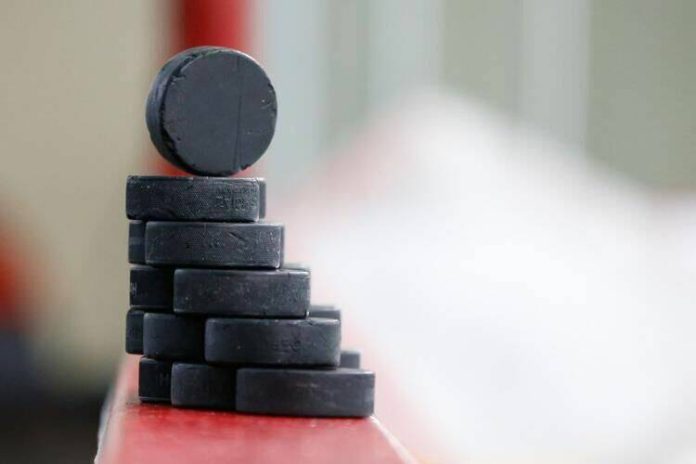 Fifty-eight seconds later, St. Francis forward Sawyer Ziciinski scored assisted by forwards Jamison Rose and Andrew Tucker, with 36 seconds showing on the clock, to give the Knights’ a 4-3 victory.

“I keep telling them, ‘We are 30 seconds and one mistake away from winning these games,’” BG coach Connor Rogowski said.

“It was just one little mistake and that has been the difference. We are going to get over that hump,” Rogowski continued.

St. Francis was able to get off only 14 shots, while BG had more than that after two periods, posting 17 at that point, but it was not enough.

BG even scored first as Amos found the net on a power play, assisted by senior defenseman Easton Schick and senior forward Ethan Helvoigt, giving the Bobcats a 1-0 lead after one period.

Tucker put the Knights ahead, assisted by Zaciinski and defenseman Brady Mitchy, putting the Knights up 2-1 with 8:17 remaining in the second period.

The 6-foot-4, 190-pound Helvoigt scored, assisted by Wisniewski, to bring the Bobcats to within one, 3-2, setting up Amos’ game-tying goal soon after.

“Our league is real good this year and we’ve seen that,” Rogowski said. “Now, we’ve played every single team in the league so far.

“When we come to play and we don’t make mistakes, we can beat any of them. We’re losing a lot of one goal games, and it’s just key mistakes that we are making.

“Our last three games, Perrysburg, Findlay, and St. Francis, we were one breakaway from winning the games.

“We’re looking to peak at the right time and that is where we are headed. We’re looking at these last couple weeks here to start building.”

However, Northview would add another two more goals in the second and four in the third without an answer from the Jackets.

Elliott and Mason Crandell had three assists apiece, Benny Seals had two assists, and Symbolik, Ames, and Tryston Harrell added one assist each.

There are seven more Red Division games coming up in the next seven days, starting with a special Wednesday matchup at Toledo’s Huntington Center: St. John’s hosting Perrysburg at 7 p.m..

NHC officials say this might be the first NHC league match played at the downtown Toledo arena. NHC teams have played scrimmages and hosted out-of-town opponents at the Huntington Center over the years.

When two local teams have played at the Huntington Center before, it has not counted in the league standings, according to the league’s limited records.

For example, Anthony Wayne and Clay set a high school attendance record there in 2010 for a Kyle Cannon benefit game, but it was not a league game.

At Team Toledo Ice House, Clay hosts Lake at 7 p.m. this Friday after the Eagles were mercied on Dec. 9 the first time they met. If the Eagles can win the rematch, the two teams might be destined to share the regular season crown.

At noon on Saturday at Slater Arena, Lake has another rematch with the Springfield club team (2-14-1, 0-3-1) after Lake won by mercy rule the first time around. 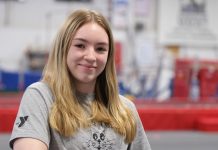 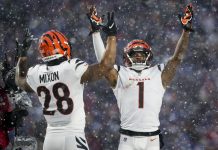 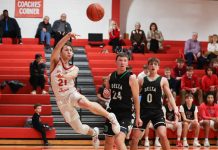