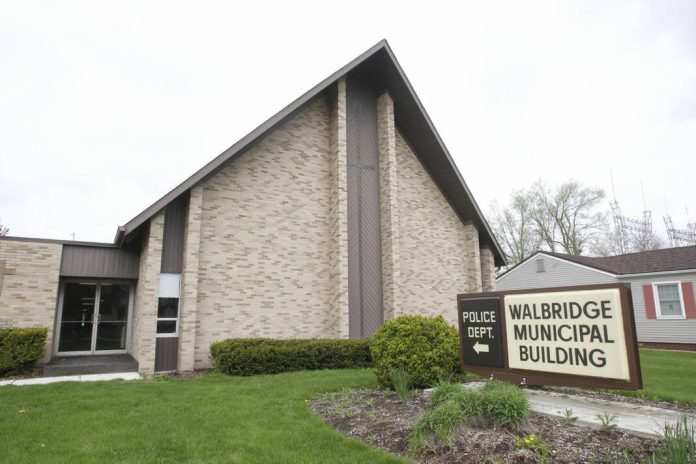 WALBRIDGE — As Lake Township leaders continue to wade through getting new trash pickup providers, Walbridge officials are warning the trucks to stay off village roads.

“I’m not here to judge what’s going on down there,” he said. “What I care about is trash companies coming through our town, because those vehicles, as we know, are heavy.”

The village just completed a $329,000 Main Street paving project, which was done with grant money. The total cost to Walbridge was $29,000.

“It’s taken a lot of money and grant efforts to improve the roads we have,” Kolanko said.

He is issuing a reminder that “no through trucks” are allowed in Walbridge.

“We’re trying to protect our streets and our taxpayer dollars,” he said.

Lake Township trash pickup will be influx as of Jan. 31, as Republic is ending service. The township will no longer have a preferred provider agreement.

This means that four or more companies will be collecting trash in Lake Township, as residents negotiate their own contracts.

Republic is still picking up trash in Walbridge, which has a three-year contract with the company.

Kolanko said that he is going to approach Republic about offering residents who “live in odd places of this jurisdictional line between Lake Township and Walbridge.”

An example is going east on Union Street, past the fire station.

Republic is offering those residents the chance to “piggy back” on to the village contract for trash pickup, which is good for another three years, Kolanko said.

The mayor is working on list of addresses, and may have a request for a motion at the next council meeting.

“At the very least …. it eliminates the need for other refuse companies to be rolling through the village,” Kolanko said.

Councilman Ron Liwo asked if these actions were legal.

“I don’t know what a good answer is,” Kolanko said. “I know the bad answer is we don’t want four different refuse companies driving from point A to point B, going through the village of Walbridge.”

Solicitor Brian Ballenger said that he lives in Sylvania Township and there are nine different trash companies coming through the neighborhood continually.

“It’s a pain,” he said. “If you can work something out with them, there’s not that many houses we’re talking about.”

“I know, but is it our issue?” Liwo said. “Is it between Republic and those people?”

Kolanko said if refuse companies disobey the village ordinance and drive through town, they could be required to pay a heavy load permit fee or face a citation.

“Neither one is really a good option,” he said.

Kolanko said he is going to formulate a letter to the trash companies, with Ballenger’s guidance.