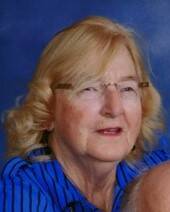 Sandy was an avid gardener and took great pride in her flowers and gardens. She loved bird watching and hummingbirds, in particular, were her favorite. She was a lifelong member of Plain Congregational Church, founded by her 3rd-great-grandfather, Reverend Benjamin Woodbury, in 1835. The Woodburys were one of the first pioneer families who settled in Northwest Ohio and established Plain Township after finding the land as especially fertile. Devoted to agriculture, her family successfully converted the sandy area into productive fields, gardens, and orchards. After purchasing a large sum of acreage, the Woodburys were able to create a livelihood for their children and generations to come. To this day, Sandy’s children reside on this same land where they’ve raised their children and now grandchildren on Euler Road and they continue to thrive.

There on Euler Road, Bob built, with his own hands, their modest family home. What may have been lacking in the extravagance of the house, was made up for in the gardens curated by Sandy. Majestic, lush landscapes of colors, textures, and aromas were found throughout her flowerbeds. Sandy and Bob won awards for their exceptional landscaping at their Florida home. Nearly fifty years ago, they discovered their love of Florida and spent every winter there until they made Venice, Florida their permanent winter home in 1992. While members of Country Club Estates, they made lasting friendships with so many.

Nothing brought Sandy more joy than her family whom she loved dearly. She is survived by her children Robert (Gay Ann) Stevens, Debbi (Ritch) Adams, and Vicki (Gary) Weber all of Bowling Green, as well as, brother, Ivan Woodbury and sister, Shirley (Ken) Sperber. She is also survived by her grandchildren Joshua, Kaitlin (Jeremy), Eric, Jonathon, Christa (Ryan), and great-grandchildren Jules, Casen, Isabella, Violet, Kohan and Lochlan. Sandy was preceded in death by her parents, Ernest and Bessie, husband Robert, siblings Alva, Bob, Glady and Helen, as well as, grandson, Justin and granddaughter-in-law, Amanda.

Her funeral service will be held on Friday January 20, 2023 at 2:00 p.m. at Plain Congregational Church, 16011 W. Poe Rd. Bowling Green, Ohio 43402. Interment will follow at Plain Township Cemetery. Visitation will be held Friday at the church from 1:00 p.m. until the time of the service at 2:00 p.m. Funeral arrangements have been entrusted to Dunn Funeral Home in Bowling Green.

Memorial Contributions may be given in her memory to Plain Congregational Church.