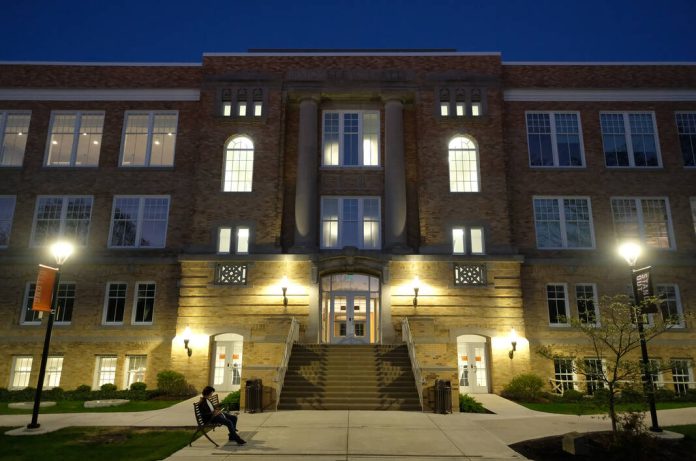 The Bowling Green Historic Preservation Commission discussed updates to a number of projects during Tuesday’s meeting.

John Sampen, who was acting as chair for the absent Chris Mowen, said that there has been movement on the subject of historic signage at University Hall on the Bowling Green State University campus. He said they have received a response from the university and that its head of donor relations will be working with them on designing and producing some form of plaque for the structure. Sampen said he will be setting up a meeting on the subject.

The HPC also discussed the progress of the creation of a local Boom Town Historic District, proposing to begin with the area of North Maple Street.

Creating a locally-designated Boom Town district is one of the HPC’s strategic goals. During the HPC’s November meeting, they discussed the potential of creating the district street by street.

On Tuesday, Sampen said the city’s historic preservation ordinance states that the HPC shall conduct a written survey by certified mail of all owners of property within a proposed historic district, and to include the results of the survey in its written recommendation to city council. The survey would be sent out by the Planning director’s office.

Planning Director Heather Sayler suggested that a draft of the survey first be written, and that she and the city attorney could also assist.

“If we can get that in place next meeting, then Heather can mail that out,” Sampen said.

• Application for a Certified Local Government grant from the state of Ohio to fund a series of historical interpretive signs in the downtown. Sayler noted that the deadline for the application is March 31. “I think it’s very doable,” she said, but noted it would be labor-intensive; she said that the grant itself involves a great deal of responsibility and reporting, but noted it’s an important project for the community.

• An app-based historic audio tour. Sayler said that she had received a copy of the proposed script for the tour.

• A historic educational yard sign program. The concept is to have yard signs at historic properties, which would include a link to a city website, possibly via a QR code, with a photo and information about the property. Sayler discussed publicity opportunities to help get the word out and recruit interested properties.