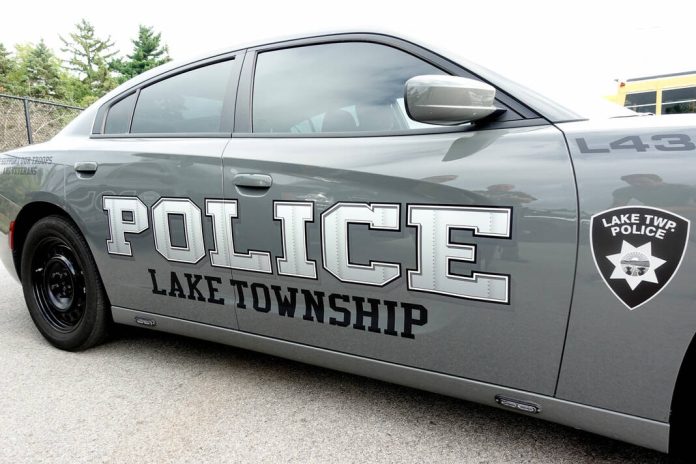 MILLBURY — A couple is in custody after they allegedly tried to steal a safe from a motel, fled the scene and crashed their vehicle Wednesday morning.

The man, who not yet been identified, was arrested after climbing up a tree to allegedly escape authorities. The woman was taken to an area hospital after suffering non-life threatening injuries in the crash, according to Lake Township Police Chief Mark Hummer.

He said that the couple broke into the office of the Super 8 on Latcha Road around 5 a.m.

“They were interrupted by the manager of the Super 8 and fled. They were trying to steal the safe,” Hummer said.

The couple’s vehicle crashed at Walbridge and Lemoyne roads, he said. She was transported to the hospital.

Hummer said that the man took off and a perimeter was established. Drones, K9s and Ohio State Highway Patrol aviation were called into assist.

The man was reportedly spotted 40 feet up in a pine tree at Interstate 280 and Walbridge Road. A S.W.A.T. team negotiated with him and he was arrested around 11 a.m., Hummer said.

Classes at Lake Local Schools were delayed two hours this morning, he said. After talking with Superintendent Jim Witt and assuring him that a perimeter around the suspect had been established, school was opened, Hummer said. Additional officers were posted at the Lake campus, which is at Ohio 795 and Lemoyne Road.

(This story will be updated.)