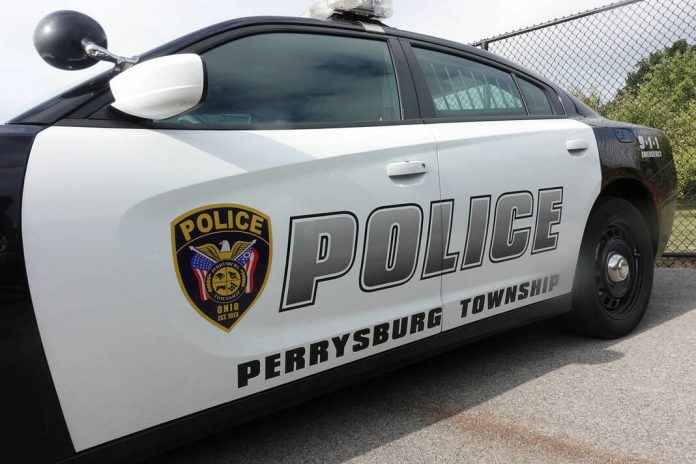 LIME CITY — An unusual number of vehicle thefts dominated the monthly detective report, given at the Perrysburg Township Trustees’ final meeting of the year.

Perrysburg Township Det. Chris Klewer has been investigating the thefts.

“There are four vehicles which were stolen, which is, for the township during that chunk of time, abnormally high,” Klewer said. “On average, we see maybe one a month — maybe.”

Klewer said that there is a suspect linked to one theft, and that individual is also being looked at for all the other vehicle thefts.

The suspect is currently incarcerated outside the township and there are search warrants.

There is also an ongoing investigation into catalytic converter thefts.

“At least two of the four (vehicle thefts) had converters chopped off the vehicle after the vehicle theft,” Klewer said. “The two stolen vehicles were dumped off, or discarded in Toledo.”

He said the converters are rarely found.

“Usually we don’t find the converters, because what they do is take the converter off, then they sell it to someone else for money and then that person, a middleman, then takes the converter and sells it for another price, to whoever he sells it to,” Klewer said.

He added that the vehicle thefts seem to be random choices, scattered through the township. Three of the four vehicles were described. They are an older-model F-150 pickup, a newer rental car and a Ford Explorer that was taken out of a man’s garage. Klewer didn’t comment on the fourth.

“There’s really no discrimination as to what they are taking,” Klewer said. “But, usually what we are seeing with the stolen vehicles is that they will steal a vehicle and then they will go out on a crime spree in the evening. Then when they are done with their criminal activity they will discard their vehicle. Then they will start all over the next day and steal another vehicle and commit more criminal acts.”

The acts committed include vehicle break-ins and burglaries, “really anything they feel fit to do in the evening,” Klewer said.

Klewer said that at one point in the last two years there were converter thefts happening every day in Perrysburg Township. Det. Jeff Slusher also said the thefts were rampant, but they are being solved.

“We’ve had hundreds of catalytic converter thefts over the last two years. We hope this investigation and indictment will make criminals think twice about coming into Ottawa County, Perrysburg Township and Oregon to commit these crimes,” Slusher said.

Slusher said that the costs for repairs range from about $1,200 to $2,500 per vehicle. In addition, it’s sometimes impossible to replace the lost catalytic converter with original parts, which can affect engine performance for the remaining life of the vehicle.

“It’s frustrating. Let’s say you are a concrete company and you go to your truck in the morning and can’t pour concrete, because your catalytic converter has been stolen and it won’t work. Then the homeowner is waiting for concrete and you’ve got 10 guys on the job. When you stop transportation you stop so much in this world. It doesn’t matter if it’s the single mom, or the single dad, or the large business that’s trying to get a job completed in a timely manner. It’s frustrating,” Slusher said.

The Ottawa County Sheriff’s Office reported that a search warrant was executed on Dec. 1 in the 5700 block of Talmadge Road in Toledo. The warrant led to the seizure of multiple items including catalytic converters.

Richard McCune, 63, Toledo, was taken into custody. McCune was indicted in Ottawa County on Dec. 8 for one count of engaging in a pattern of corrupt activity, a first-degree felony; three counts of money laundering, all third-degree felonies; and one count of possessing criminal tools, a fifth-degree felony.