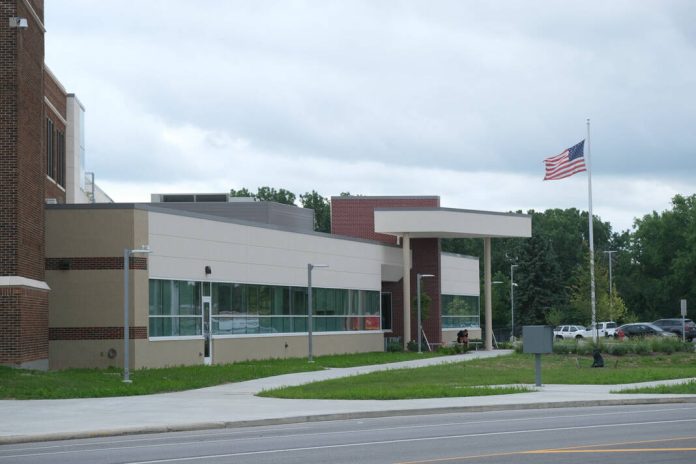 ROSSFORD – A memorial plaque noting the hard work and dedication to both academic and athletic accomplishments will be given to each Rossford High School student who earned All-State honors.

Several student athletes as well as the football team earned the honor, Athletic Director Bryan Smith said at the Dec. 19 board of education meeting.

The board approved the purchase of two 75-passenger Blue Bird buses at a cost of $116,410 each.

Superintendent Dan Creps said a $45,000 state grant helped with purchase of the vehicles. No date was set for delivery.

Creps said the siding was going up on the new 73,000-square-foot multi-purpose building at the Glenwood athletic complex and the contractor is starting to pour the concrete floor on the second floor of the north and of the building.

Creps reminded the board that no new tax dollars are needed for the $15 million facility; enterprise zone funds, like the Amazon Fulfillment Center payments, are being used. It is still planned to have the doors open in August of 2023.

Curriculum Director Mark Swavel reported that results of the third grade fall English language arts, mathematics, science and social studies testing showed that 39% of the 137 students scored proficient or above. Fifty-seven percent of students have already met or exceeded the third grade reading guarantee benchmarks, he added. As a result, he said they are planning for their spring session of after-school tutoring for those just shy of being proficient in necessary skills. The six-week program is expected to begin Feb. 21.

Sandra Smith, district technology director, reported baseline testing with a phishing campaign this month showed a phish-prone rate of 8.6%. She said the industry rate is 29.3%, Nineteen staff members failed the phishing test so they are starting their first training to help determine if an email is real or a phishing attempt.

She said that while their phish-prone rate is well below the industry rate, just one mistake could have devastating effects on the school’s computer systems.

To help fill substitute teachers and academic intervention assistants positions, Megan Spangler,director of human resources, said they are working to recruit December graduates from Lourdes, Bowling Green State University and the University of Toledo. She added that over the past two years, they have also hired more than 20 candidates with a temporary license.