PERRYSBURG – Penta Career Center will get a new treasurer next year.

Carrie Herringshaw, after 33 years on the job, plans to step down in August.

The Penta board on Dec. 14 approved the hiring of Michael Harrigan as her replacement.

Harrigan, of Monclova Township, has been employed at Penta since 2007, serving as a math instructor, Career Based Intervention instructor, assistant supervisor and currently as assistant director of pupil personnel.

Superintendent Ed Ewers said the board conducted a search and received 11 applications.

“The board didn’t land on a candidate they felt most comfortable with,” he said.

After that process, they looked internally and Harrigan was the only applicant, he said.

“Mike’s one of our most experienced employees,” Ewers said. “He’s worked his way up through the process. He cares about Penta Career Center. He cares about what we do here, and that’s huge.”

Harrigan will serve as deputy director from March 1-July 31 at an annual salary of $116,000. He will be reimbursed for up to nine semester hours for college coursework required to obtain a treasurer’s license.

Ewers said it wouldn’t be possible to hire someone with no experience if Herringshaw wasn’t here to aid in the transition.

Herringshaw, who said she is currently paid $112,100, will become a fiscal adviser on Aug. 1. She will assist Harrigan with the preparation of appropriations, documentation for GAAP reporting and the five-year forecast.

• Learned junior Hannah Musgrave, from Perrysburg High School and in the firefighter program, was elected as a regional officer for SkillsUSA Ohio.

• Learned that adult education enrollment has soared since shorter programs were implemented. In-person enrollment for the fall was 59; it is currently 132 for spring with phlebotomy being the most popular, followed by HVAC and plumbing.

• Approved the retirement of secretary Joyce Shenefield, effective March 31, and the resignation of Julie Smothers.

• Approved membership in the Ohio School Board Association for $4,479 and the Ohio Education Policy Institute for $1,000.

• Heard a presentation by the three culinary instructors. December is the board meeting that the culinary program makes a meal.

Janea Makowski, Culinary Arts III instructor, said the Penta restaurant has been bringing in a daily average of $1,000 from sales.

Makowski said her team is trying to figure out how to bring back Taste of the States and Taste of the Nation next semester.

The culinary program “is one of the powerhouses at Penta,” said Supervisor Elizabeth Wray.

The scholarship dinner, which returned after a three-year hiatus, raised over $13,000 in ticket sales and netted $6,500 in scholarship funds.

“We owe a lot to the community but we also owe a lot to the board,” Wray said, added that the food at Penta is so much better because they are allowed the fiscal accessibility to be more creative. 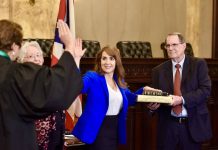 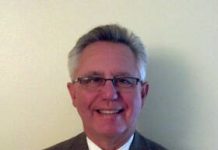 Is your company selling a commodity or a solution? 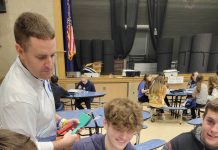