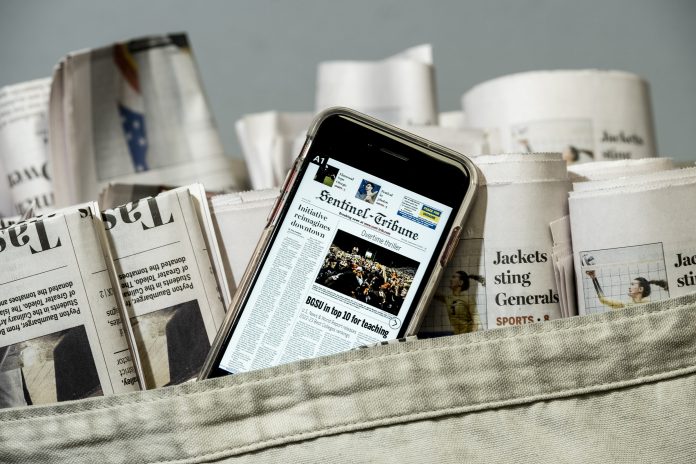 During a traffic stop, Anthony Moton, Detroit, was cited for OVI, PAC (BAC 0.148) and no driver’s license. Gabrielle Maddox, BG, was cited for open container.

Police responded to an unresponsive male lying in a parking lot in the 600 block of Second Street. The man was given a criminal warning for disorderly conduct/unable to care for self.

Police responded to the 200 block of North Main Street for a report of the theft of clothing valued at $500.

Police reported to the 800 block of Sand Ridge Road for an unresponsive male. The incident was filed as a drug overdose.

Police took a report of a theft valued at $8,619 from the 1500 block of Gleneagles Drive. The resident told police she put a check in her mailbox for $4,619 payable to a company in Perrysburg on Oct. 22 and it was cashed for $8,619 and deposited into a mobile app with a Virginia bank. A subpoena request was made to the bank and was returned with no information being able to be provided. It is still under investigation.

Police responded to the 200 block of East Reed Avenue for a dog abuse complaint.

Police responded to the 1000 block of North Main Street for a possible theft, with the loss valued at $800.

Angelo Johnson-Hairston, 21, Lima, was arrested for driving without headlights and OVI/refusal. He was taken to jail.

Underage/under the influence, disorderly conduct/intoxicated-unable to care for self: Todd Gruden, Chagrin Falls

Charges against Jimmy David Cole, 29, BG, for criminal damaging were filed as a warrant. As of Dec. 8, he had not been apprehended.

Police responded to a business in the 700 block of West Newton Road for a theft report, with the loss valued at $50.

Malcolm Forbes, 62, Chapel Hill, North Carolina, was arrested for OVI, PAC (BAC 0.231) and headlights required. He was taken to jail.

Police took a report of a theft from a vehicle in the 300 block of Colony Lane, with the loss valued at $400.

A dog bite was reported in the 800 block of Barnstable Lane.

Theft charges were filed against a juvenile and sent to the juvenile prosecutor. The loss was valued at $36.

Jamil Williamson, BG, was charged with seven counts of theft/shoplifting at Walmart.

Police responded to the 300 block of Campbell Hill Road for a theft report, with a loss valued at $75.

Andres Rosales, 21, Perrysburg, was cited at 10:34 p.m. for disorderly conduct/public urination and was arrested at 11:30 p.m. for expired registration, OVI, PAC (BAC 0.170), display of plates, possession of marijuana and possession of drug paraphernalia.

Terrysaun Minter, 21, Toledo, was arrested on a warrant and for carrying a concealed weapon, improper handling of a firearm and falsification. He was taken to jail.

Police responded to a civil enforcement complaint of tall grass and downed trees in a backyard in the 800 block of Lafayette Boulevard; to a suicide attempt in the 400 block of North Grove Street ; and to a report of a scam, with a loss of $10,000, in the 1700 block of Cork Court.

Police responded to the 1000 block of North Grove Street for a burglary report, with a loss of $4,000.

Police took a dog bite report in the 800 block of North Summit Street and a report of two juveniles possessing possible marijuana vaping pens in the 500 block of West Poe Road.

Civil enforcement received numerous complaints of bagged garbage in a driveway in the 300 block of North Prospect Street.

Civil enforcement received complaints on noxious weeds and garbage cans in a front yard in the 100 block of Leroy Avenue.

Police took two separate reports of a juvenile with a vape device in the 1000 block of Fairview Avenue.

Daniel Bonecutter, 46, Northwood, was arrested for OVI/refusal, state OVI (prior refusal in 20 years), right of way, possession of marijuana and possession of drug paraphernalia. He was taken to jail.

Police responded to a report of sexual assault in the 900 block of East Wooster Street.

Andrew Blazer, 20, BG, was arrested for criminal trespass on railroad property, disorderly conduct/intoxicated-unable to care for self, and underage/under the influence. He was taken to jail.