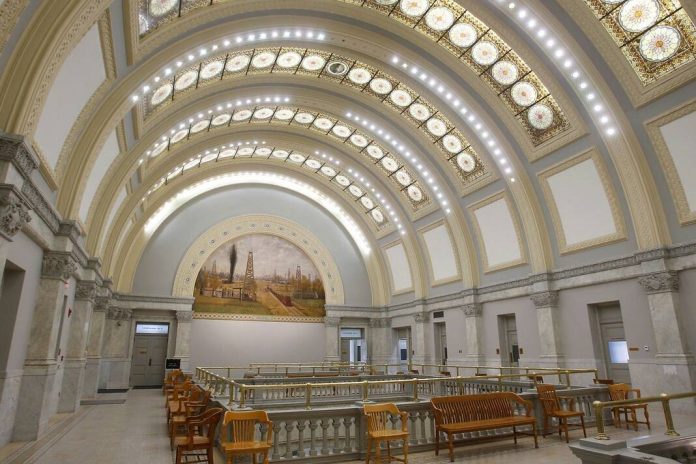 Two of three men charged with the theft of a specialized bike two years ago in Bowling Green were in court Monday and were sent to jail.

Both appeared on community control violations.

Fox, 25, of Haskins, was sentenced in July 2021 to two years community control for theft from a person in a protected class.

A week later, he violated his community control sanctions after being charged with disorderly conduct with intoxication. He was sentenced in September 2021 to complete his original community control and the county’s youth offender program.

In July, he was arrested in Bowling Green and charged with criminal trespass. In October, he tested positive for methamphetamine and amphetamine during a scheduled appointment with adult probation and was taken to jail. He posted bond and was released that same month.

At Monday’s community control violation hearing, Brianna Castro, with the adult probation department, testified that Fox had signed that he understood the terms of his community service, including no drug use.

Defense attorney Joseph Salmon contended that it took more than a month to get the results from an out-of-house urine test and due process was not followed.

“My objection is that I received this report today. I have had no opportunity to examine it,” he said.

Rump said there are no rules of evidence when it comes to probation violation cases, and that Fox knew the rules about drug usage because he signed acknowledgement.

Salmon said his client has denied taking any drugs.

Mack sentenced Fox to the SEARCH program, held at the NorthWest Community Corrections Center, and added one year to his community control for a total of three years.

Fox was taken to jail to await a bed in the corrections center.

Salmon asked for a stay, pending appeal, which Mack denied.

Repolesk, 23, formerly of Weston and now living in Toledo, was taken into custody when he appeared in the courtroom.

A warrant had been issued for his arrest in November 2020 and was served in October 2021. He was released on an own recognizance bond in December 2021.

Repolesk was sentenced in January to two years of community control for receiving stolen property.

In August, a urinalysis was positive for cocaine and methamphetamine. His bond was revoked, and a nationwide warrant was issued in November.

He admitted to the violation Monday.

Fox and Repolesk, along with co-defendant Jorden Hammye were charged in the September 2020 theft of a Top End Excelerator XLT Jr. pedal bike valued at $3,000. The bike was taken from a van parked in the 100 block of Byall Avenue and belonged to a disabled adult.

After it was taken, a picture and description were put on the Bowling Green Police Division social media pages.

Surveillance video showed Fox riding the bike with Hammye and Repolesk walking next to it.

Hammye was sentenced to three years community control and told to successfully complete the SEARCH program.

In July, he was sentenced to 17 months in the Ohio Department of Rehabilitation and Correct for assault related to another case.