BEIJING (AP) — China rolled back rules on isolating people with COVID-19 and dropped virus test requirements for some public places Wednesday in a dramatic change to a strategy that confined millions of people to their homes and sparked protests and demands for President Xi Jinping to resign.

The move adds to earlier easing that fueled hopes Beijing was scrapping its “zero COVID” strategy, which is disrupting manufacturing and global trade. Experts warn, however, that restrictions can’t be lifted completely until at least mid-2023 because millions of elderly people still must be vaccinated and the health care system strengthened.

China is the last major country still trying to stamp out transmission of the virus while many nations switch to trying to live with it. As they lift restrictions, Chinese officials have also shifted to talking about the virus as less threatening — a possible effort to prepare people for a similar switch.

People with mild cases will be allowed for the first time to isolate at home, the National Health Commission announced, instead of going to sometimes overcrowded or unsanitary quarantine centers. That addresses a major irritation that helped to drive protests that erupted Nov. 25 in Shanghai and other cities.

Public facilities except for “special places,” such as schools, hospitals and nursing homes, will no longer require visitors to produce a “health code” on a smartphone app that tracks their virus tests and whether they have been to areas deemed at high risk of infection.

Local officials must “take strict and detailed measures to protect people’s life, safety and health” but at the same time “minimize the impact of the epidemic on economic and social development,” the statement said.

China’s restrictions have helped to keep case numbers low, but that means few people have developed natural immunity, a factor that might set back reopening plans if cases surge and authorities feel compelled to reimpose restrictions.

Still, after three years spent warning the public about COVID-19’s dangers, Chinese officials have begun to paint it as less threatening.

People with mild cases “can recover by themselves without special medical care,” said Wu Zunyou, chief epidemiologist of the China Centers for Disease Control, on his social media account.

“The good news is that the data show the proportion of severe cases is low,” said Wu.

The latest changes are “small steps” in a gradual process aimed at ending restrictions, said Liang Wannian, a member of an expert group advising the National Health Commission, at a news conference.

The government’s goal is “to return to the state before the epidemic, but the realization of the goal must have conditions,” said Liang, one of China’s most prominent anti-epidemic experts.

Dr. Yanzhong Huang, an expert on public health in China, also emphasized the gradual nature of the announcement.

The new measures are a shift away from “zero COVID” — but “not a roadmap to reopening,” said Huang, director of the Center for Global Health Studies at Seton Hall University.

“When implemented, these measures may generate dynamics that fuel the rapid spread of the virus even though China is not ready for such a dramatic shift,” he said.

The government announced a campaign last week to vaccinate the elderly that health experts say must be done before China can end restrictions on visitors coming from abroad. They say the ruling Communist Party also needs to build up China’s hospital system to cope with a possible rise in cases.

But public frustration is rising now, as millions of people are repeatedly confined at home for uncertain periods, schools close abruptly and economic growth falls.

The changes have been rolled out despite a renewed spike in infections started in October. On Wednesday, the government reported 25,231 new cases, including 20,912 without symptoms.

Xi’s government has held up “zero COVID” as proof of the superiority of China’s system compared with the United States and Western countries. China’s official death toll is 5,235 since the start of the pandemic versus a U.S. count of 1.1 million.

Rules were left in place that warn apartment and office buildings might be sealed if infections are found. Complaints that families are confined for weeks at a time with uncertain access to food and medicine were a key driver of the protests.

The ruling party switched early this year to suspending access to neighborhoods or districts where infections were discovered instead of isolating whole cities.

On Wednesday, the government said the scope of closures will be narrowed still further to single apartment floors or buildings instead of neighborhoods.

It said schools in communities with no outbreaks must return to in-person teaching.

That appeared to be a response to complaints that local leaders, threatened with the loss of their jobs in the event of outbreaks, impose closures that are destructive, might be unnecessary and exceed what the central government allows.

The demonstrations in at least eight major cities and on dozens of university campuses were the most widespread display of public dissent in decades. In Shanghai, some protesters shouted the politically explosive demand for Xi, China’s most influential figure in decades, to resign. 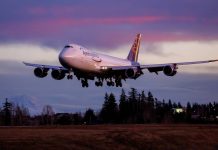 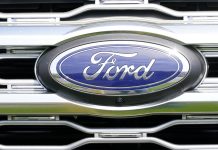 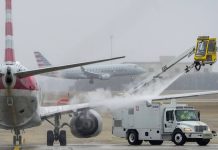