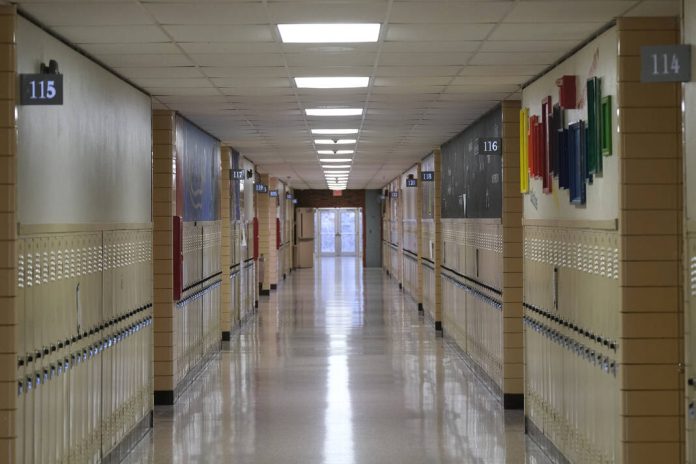 Bowling Green City Schools is projected to outspend its income by more than $3 million this year, with that amount tripling in the next five years.

Treasurer Cathy Schuller said the district’s cash reserve policy may trigger the need for a new money levy in fiscal year 2024, the first time such a request has been made in more than a decade.

She included this information in the five-year forecast she presented at the Nov. 15 board of education meeting.

Board member Ryan Myers said that the board has not requested new money from voters since 2012.

“So we’ve been managing pretty well for a very long time,” he said.

Board member Tracy Hovest said that when the board developed its new tax funding structure, members knew they would have to approach voters in fiscal year 2024.

That will impact the cash balance, which will be used to cover the difference. The balance is projected to be $15.26 million at the end of this year.

The district is projected to start deficit spending in fiscal year 2025 after it uses all those funds to cover the difference between revenues and expenses. The cash balance is expected to be negative $20.29 million by fiscal year 2027.

Schuller pointed out that inflation hit a 40-year high earlier this year, impacting diesel fuel, natural gas and building materials for facility maintenance and repairs. It is expected to continue into next year.

If that continues, increased costs will have a significant impact on the forecast, she said.

Property tax collections are the largest revenue source in the district, at 56%, and Schuller has projected a small drop in the next five years.

She said there is uncertainty in how long the housing market will remain stable. Also, interest rates are increasing and that could cause sales to slow down and/or sale prices to be lower.

A reappraisal of property is planned in tax year 2023.

The decline is due to calculated tax delinquencies and a lower collection rate, Schuller said.

The state budget represents 27% of district revenues, and may be at risk in fiscal year 2024 if the fair school funding act is not funded in future state budgets or if the economic downturn results in a reduction in state aid, she wrote in her assumptions.

State aid is expected to bring in $7.43 million this year and marginally drop each of the next four years until it reaches $7.36 million.

Schuller said that she kept state funding flat because it will depend on the next two state budgets and there is no guarantee the fair school funding plan will be funded or continued after this year.

Income tax collection dropped 3.99% in fiscal year 2021 but increased by 9.69% the following year. Schuller has estimated a 2.50% increase for each year of the forecast.

Consequently, income tax collections are expected to increase more than $450,000 in the next four years, to $5.25 million.

Tax allocations from rollback and homestead credits given to homeowners are expected to increase from $1.60 million this year to $1.61 million in fiscal year 2027.

She said average growth in expenditures was 0.90% from fiscal year 2020 to fiscal year 2022 and she has forecasted that average to increase to 4.90% over the next five years.

Federal COVID assistance is going away, there has been a significant increase in health insurance costs and recent labor contracts have included a market adjustment and increased salaries, Schuller said. The cost of supplies and materials also have gone up, she said.

Wages and benefits contribute 79% of the district’s expenditures. Schools are a service industry and personnel costs normally have the largest impact, Schuller said.

A market correction in wages resulted in an overall increase of 8.49% in the current fiscal year and 10.06% in fiscal year 2024. Schuller projected a 1% increase for the following three years.

Estimated fringe benefits, which include insurance, along with payments made by the district to the state’s retirement funds and Medicare contributions, have been projected at $8.05 million this year and $10.28 in fiscal year 2027.

Purchased services, which include county service costs, professional support, building maintenance and utilities, are expected to increase from $3.69 million this year to $4.36 million in fiscal year 2027.

Expenditures, which stayed constant over the last three years, are projected to jump from $36.92 million this year to $45.27 million in fiscal year 2027.

In addition to the overspending by $3.03 this year, Schuller has predicted that trend to continue until it reaches $11.37 million in fiscal year 2027.

Pipeline monies go into the district’s capital improvement fund, not the general fund.

• Approved $8,449.59 in donations, including $1,229 from John Archer for Bobcat Basics, $1,760 from an anonymous donor for the middle schools girls basketball, and $2,000 from James and Karen Adams and First Christian Church for the district’s lunch debt assistance fund.

• Learned repairs have been made to Conneaut and Kenwood elementaries.

There was a steam pipe leak at Kenwood and once fixed, the 26,500 square feet of crawl space had to be dried out to eliminate the chance of mold before vaper wrapping is installed.

The issue at the school is that the vaper wrapping can’t be done until quotes are received for asbestos removal, Scruci said.

A room at Conneaut had carpeting on the wall that was removed to make the building healthier, he said.