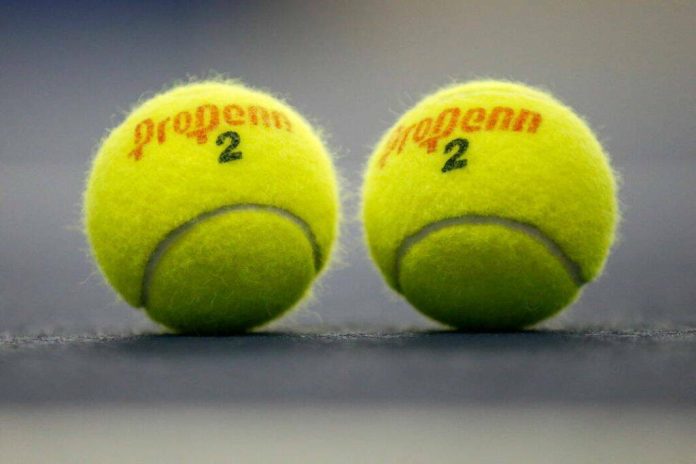 Bowling Green State University tennis has announced the signing of five student-athletes, one of which will join the team in January to compete in the spring 2023 season.

Leticia Fonseca, a native of Caxias do Sul, Brazil, is slated to join the Falcons in the spring. Isabella Baker, Nicole Casas, Brynn Chaffee and Tia Clemens round of the rest of the class.

Chaffee, a Sylvania Northview High School senior, will remain in Northwest Ohio for her collegiate career. She is a four-time All-NLL first team selection and three-time All-District selection. In 2022, she placed in the top eight at the doubles state tournament, earning second-team All-Ohio. Chaffee helped the team to four consecutive top-three finishes in the conference, including the league title as a sophomore. Her junior year saw the program finish as runner-up in the league and the district.

Chaffee was a team captain for three seasons and is a member of the National Honor Society. She also received the Golden Racquet Award. She is the daughter of Scott and Jodi Chaffee, and has an older sister, Paige. Chaffee has several relatives with experience, including her uncle, Brent, who played tennis at Ferris State. Her grandpa, Paul, was a swimmer at Western Michigan, and her sister, Paige, currently swims for Toledo. Chaffee plans to major in Psychology.

Baker is a native of Halifax, Nova Scotia, and will join the Falcons after outstanding performances in Canada. She is a two-time Nova Scotia Open Singles Champion, as well as a two-time selection for Tennis Nova Scotia Female Athlete of the Year. Baker has been positioned as high as No. 1 in the Atlantic Canada Junior Girls ranking and is a 10-time Canadian Junior Nationals qualifier. She has won nine Atlantic Canadian Junior titles. She recently received the Tennis Canada Sportsmanship Award at Junior Nationals.

Casas has had a successful career at International Studies Charter HS, located in Miami. She has been ranked in the Florida Top 20 and is a three-time Miami District qualifier. In her three seasons with ISCHS, she was selected Team MVP three times. She played in the team’s No. 1 singles spot in all three seasons and was selected ISCHS Athlete of the Year twice.

Tia Clemens, Cleveland, rounds out the Falcon signing class, bringing several accomplishments from her time at Saint Joseph Academy. In 2021, she qualified for the state singles tournament. In 2019, she was selected MVP of the NCL Blue Division. She has earned Saint Joseph’s Team MVP award twice. In the last two seasons, she has a combined record of 28-7. In this time, Saint Joseph’s has totaled a 32-7 record.