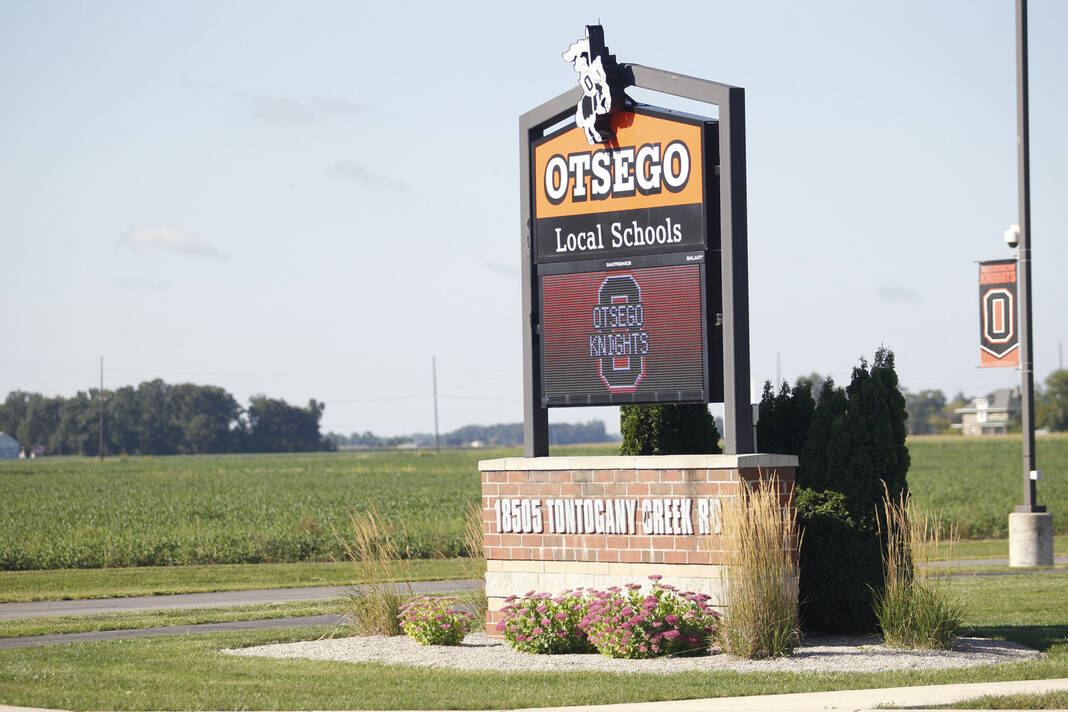 TONTOGANY – During a safety training day at Napoleon schools, everything that could go wrong, did.

Otsego Local Schools will use those lessons when the district holds its own safety drill, reported elementary Assistant Principal Becky Buchman at the October board of education meeting.

Several district leaders traveled to Napoleon on Oct. 5 to observe that district’s safety drill that involved all safety personnel who would respond to a crisis at the high school, including city, county and township police, fire, EMS. LifeFlight also participated.

Months of planning went into this and parents and students had the choice to opt out, Buchman said.

Volunteer drama students acted as victims and shooters and the high school principal was the only person who knew the number of shooters and who the victims would be, she said.

“Everyone who came in, came in blind,” Buchman said.

Everything you wouldn’t want to happen did, including school cameras going down and communication with the radios not working, she said.

“Everything you wouldn’t want to happen in a real situation, they were able to practice,” Buchman said.

The big takeaway was how important it was for first responders to practice this type of situation with a live drill, she said.

“I feel a drill like this should happen in every county where the agencies can come together and plan,” said Buchman, who also is a parent.

She said they will use what they learned to plan future school safety drills at Otsego.

The biggest difficulty, Buchman said, was tracking the “shooter,” who started in the band room. By the time students and teachers got that information and felt it safe to evacuate their classrooms, the “shooter” had moved from the band room to the hallways.

Otsego Superintendent Kevin O’Shea said he will meet with Wood County Sheriff Mark Wasylyshyn, because Otsego wants to do a drill very similar to what was conducted in Napoleon.

“We’re in the planning phases of what that’s going to look like,” he said.

Otsego has requested grant money to add a knock-out window to each first-floor classroom at the junior high and high school.

O’Shea said that the window can be opened outward and will make it easier to escape a classroom in the event of an emergency.

Now, once the Boot is engaged at the door, people are locked in the classroom unless they throw a desk at the window, O’Shea said.

The Boot is a steel heel that fits at the bottom of a door and is secured with a pin. It can withstand 16,000 pounds of pressure, 8,000 per pin. The district installed them in 2016.

With the exception of 10 classrooms on the second floor of the middle school, students and staff will have a secondary exit plan.

Most of the elementary classrooms have an exterior door.

Grant money also will be used to upgrade the PA and communications systems for the middle school and high school.

The work will be done even if the grant is not received, O’Shea said.

There are items in the district’s safety plans that are similar to Napoleon’s that would have tripped them up the same way it did the neighboring district, he said.

Junior high students Whitney Koch and Wyatt Hirzel also presented the board with a petition signed by 50 students to allow the use of clear bookbags.

For safety reasons, the district currently bans the use of bookbags.

“Students drop things all the time in the hallway with carrying (books) in their arms,” Hirzel said. “It would be better if we could carry it on our shoulders.”

He said he found the clear bookbag that he brought to the meeting on Amazon and that other schools in the county allow its use.

Hirzel added that while it would be great to allow them in the junior high but would be good for all three buildings.

Board President Brad Anderson said it meant more to hear the request from the students than it would have coming from O’Shea.

• Tabled the appointment of Cindy Sheffer to the Weston Public Library Board of Trustees.

Anderson stressed that despite public comments made by another trustee, neither he nor board member Jessica Mehl cast a vote. They did sit in on the interviews, he said.

Gretchen Sommerfeld, who was the second person interviewed for the post and has been a vocal opponent to the direction she feels the library board is going, indicated she was disappointed in the results.

“Our library is slipping. There are serious issues that need to be addressed,” she said.