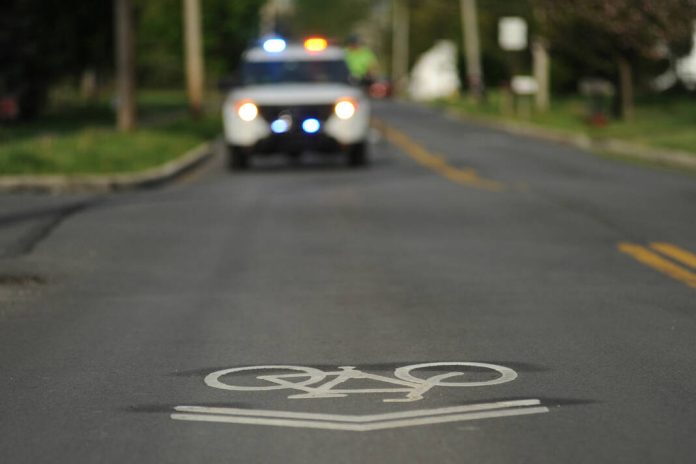 Bowling Green Planning Commission on Wednesday recommended that council adopt a proposed update to the bicycle facilities and destinations map in the transportation section of the city’s comprehensive plan.

The map has not been updated since 2008. Council in September forwarded this matter to the commission for their recommendation. The issue will now return to council, which will set a public hearing.

“I really like the plan, and I’d like to see it happen sooner than later,” said commission member Mark Remeis.

In a letter to the commission, Planning Director Heather Sayler said that the proposed updated map is a continuation of the city’s efforts to (implement) complete streets and will replace the existing map within the transportation section of the city’s comprehensive plan.

The original version was drafted in 20007 by Mannik and Smith, which also created the updated version, and adopted in 2008.

As part of their work, Mannik and Smith analyzed traffic volumes and crash statistics, and received input from the city’s Bicycle Safety Commission. A community-wide survey, led by a group of Master of Public Administration students at Bowling Green State University, was also part of the analysis that went into drafting the updated version.

Council heard a presentation on the proposed map from Pat Etchie of Mannik and Smith during a committee-of-the-whole meeting on Sept. 19.

It further suggested portions of Poe Road, Wintergarden Road, Napoleon Road, Maple Street, Mitchell Road, Conneaut Avenue and others as a “potential shared road corridor” – meaning those roadways could utilize a mix of sharrows, signs or on-street bike lanes depending on what was determined to be feasible.

Public Services Director Joe Fawcett on Wednesday told the commission that “the previous bicycle treatment map that is currently in the master plan was lacking some specificity. It was in need of updating of some of the destinations as well, I think, reflecting current trends” of people’s transportation habits.

He said that city staff would use this map in their planning process when involved in future paving projects.

Commission Chair Bob McOmber said he was impressed with the depth of study that went into the new map, as well as the inclusivity of areas throughout the city.

“There’s no area of the city that’s a barren area with nothing,” he said. “There’s a lot of bicycle paths being considered, or shared-use paths, or sharrows.”

Commission member Judy Ennis said that when she’s spoken to people about about the map, they’d expressed concerns about educating bicycle riders about obeying traffic laws.

“That’s one of the things we could always do more,” Fawcett said, adding that the city does make an effort with communications to educate both bicyclists and vehicular drivers, and noting the educational programs provided via the Slow Roll rides.

Sayler said that the map is attempting to “make our roads useable for all users, not just the vehicles.”

The commission voted unanimously to recommend that council adopt the new map.