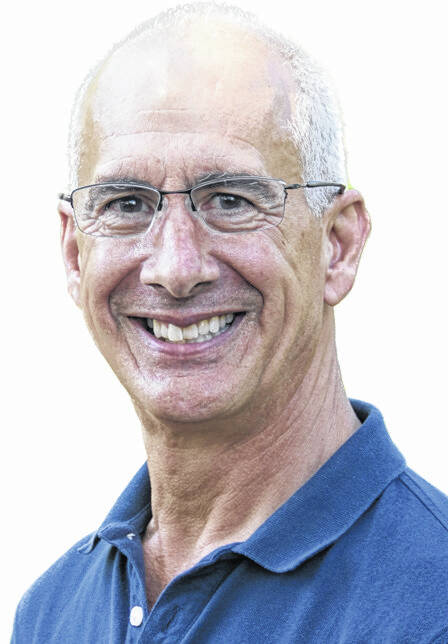 Freedoms and privacy issues — closely followed by the economy — are the primary focus for Craig Swartz, who is running for Ohio’s Fifth Congressional District as the Democratic candidate.

“What I consider most important right now are women’s rights, and all that entails, fighting for women’s reproductive rights and codifying that at a national level,” Swartz said. “What we have been seeing here is a minority within a minority. I’m talking about the far right, the religious right, that has been bent on going on this path for a long time. It has infiltrated almost every sector of our government, from state legislatures, to governorships, obviously Congress and the Supreme Court, and going against the majority held view for years.

“The majority-held view in this country has always been that in the first trimester, a woman should have the right to abortion, if need be, and that should be decided between her and her doctor,” Swartz said.

He considers abortion to be a question of privacy and the court system.

He said that former President Donald Trump was “packing the court with a certain viewpoint, restricting women’s rights.”

Swartz said he believes that the country had been building on people’s rights and now the conservative success removes rights, with Roe v. Wade, and it will continue, extending to other forms of privacy, such as in gay marriage, forms of contraception and voting rights, especially with minorities.

He also has a plan for addressing inflation.

“The second thing is what I’m calling my All-American Tax Act. It will be the first tax act in this country that benefits every single American equally, The act would call for the first $36,000 of everyone’s earned income, including retirees, federally tax-free. That translates into a $300 to $400 per month boost.”

He said that would also mean about $4,000 a year extra per year.

“That’s exactly what we need, going forward, to pay for these price increases in gas, food, energy, rent and everything,” Swartz said. “Rights first, making sure we’re fighting back against everything we’re on the verge of losing, that we have been fighting for for decades. The second thing is the All-American Tax Act. The third thing is bringing the supply chain back.

“The pandemic proved that all this outsourcing that we’ve been doing, for all these years, has decimated all these communities across rural Ohio, particularly,” Swartz said. “Manufacturing, and having that back here at home, is vital to our national security.

“The United States is not exceptional. Other countries do it far better than we do, whether that be China, Germany, Finland, Canada, there’s an investment back in the manufacturing apparatus.

He suggested that the investment could be in domestic production of energy, but not nationalizing energy. He instead suggested diversification of energy sources and partnerships between private and public projects.

“Germany is an example of what you don’t do. When they shut down their nuclear (plants), they got back on coal. That’s worse,” Swartz said.

He also suggested a national infrastructure bank, which would be funded with $500 billion in treasury bills. He said it has already been introduced in Congress and it is modeled after a New Deal program.

“With that $500 billion, we can leverage that into $5 trillion in lending,” Swartz said. “If you want everyone to start driving electric, let’s get the grid to accommodate that.”

He said that it was how Lincoln financed railroads and is common with other countries. He compared it to Norway’s North Sea oil and gas revenues going into a sovereign wealth fund.

Swartz is the Wyandot County Democratic Party chairman. He is a Realtor, doing residential and commercial sales, living in Upper Sandusky. He said he has worked overseas for the Investcorp Bank as an international tax specialist and as a restaurant owner in Ohio.