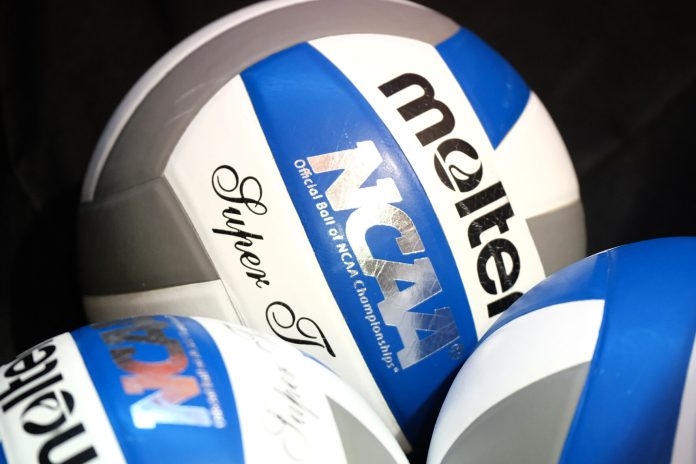 In addition, 5-7 junior setter Jaden Walz and 6-0 freshman outside hitter Lauryn Hovey were named the Setters of the Week.

The Falcons have now had at least one MAC East Player of the Week for four consecutive weeks. Indrova has received the recognition twice this season while Torres has been named back-to-back weeks. This is the first time this season Walz and Hovey have been named.

Indrova led the Falcons’ attack in two 3-0 victories over Central Michigan, landing 24 kills for BGSU as well as seven aces.

Indrova tallied two aces in the first match of the weekend before registering a season-high five on Saturday, accounting for nearly half of the Falcons’ 12 team aces.

On Friday, Indrova also logged a double-double with 16 kills and 15 digs while maintaining a .297 hitting percentage and adding a solo block and block assist.

The double-double marked Indrova’s seventh of the season. This is the second time this season Indrova has been named and the ninth time of her collegiate career.

Torres led the Falcons’ defense against Central Michigan with 38 digs over six sets. Torres began the weekend with 23 digs in just three sets for Bowling Green, coming just one shy of her season-high.

Torres added four assists in the match as well. Torres followed that up with 15 digs and four assists on Saturday to help the Falcons complete the weekend sweep. This marks the second consecutive week Torres has been named and the third time of her BGSU career.

Walz began the weekend with a near double-double, logging 18 assists and eight digs on Friday. She followed that up with 22 assists and five digs on Saturday.

As for Hovey, she filled the stat sheet on Friday with 18 assists, nine digs, six kills and five blocks before logging a double-double on Saturday.

In the Saturday match, Hovey registered 14 kills, 13 assists and three block assists. Walz and Hovey led the Falcon attack on Saturday to a .300 hitting percentage, committing just 12 attack errors as a team on 110 attempts in the 3-0 win.

BGSU will stay home at the Stroh Center to host Miami for a midweek MACtion match at 6 p.m. on Wednesday.

Bowling Green will take a 12-7 overall record into the week while holding a 7-1 MAC standing to lead the MAC East.

The RedHawks will enter today’s match at the bottom of the Mid-American Conference, being 1-7 within the MAC.

Miami’s lone conference win came on Sept. 30 against Kent State, winning in five sets over the Golden Flashes. Since then, Miami has lost five straight matches, including being swept 3-0 in four straight matches.

The RedHawks are led by freshman outside hitter Ellie Hanson. Hanson currently leads Miami in aces (22) while being second in kills (180) and second in digs (171).

On the attack, Hanson is joined at the top by senior Allyson Severance who has landed 198 kills for the RedHawks.

As for digs, Miami is paced redshirt freshman Brooke Jackson with 182. Severance is currently third in digs with 146 while Jackson comes in second for aces with 19.