LOS ANGELES (AP) — The last man seen with Kristin Smart was convicted Tuesday of killing the college freshman, who vanished from a California campus more than 25 years ago, but his father was acquitted of helping him conceal the crime.

Jurors unanimously found Paul Flores guilty of first-degree murder. A jury in a separate trial found his father, Ruben Flores, not guilty of charges of being an accessory to murder after the fact. The conflicting verdicts were read moments apart in the same courtroom.

Smart disappeared from California Polytechnic State University on the state’s scenic central coast over Memorial Day weekend in 1996. Her remains have never been found. The father and son weren’t arrested until 2021.

Prosecutors maintained the younger Flores, now 45, killed the 19-year-old during an attempted rape on May 25, 1996, in his dorm room at Cal Poly, where both were first-year students. He was the last person seen with Smart as he walked her home from an off-campus party where she became intoxicated.

His father, now 81, was accused of helping bury the slain student behind his home in the nearby community of Arroyo Grande and later digging up the remains and moving them.

Outside the courthouse, Ruben Flores maintained that his son is innocent and said that he feels badly that Smart’s family will never have a resolution.

“We don’t know what happened to their daughter,” he told reporters.

The elder Flores said the case was about feelings, not facts.

Monterey County Superior Court Judge Jennifer O’Keefe thanked the jurors for their service after the guilty verdict in the murder case was announced.

“I wish to express to you the appreciation and that of the parties for your service in this case,” she said. “You have been very attentive and conscientious throughout this case.”

Sanger had tried to pin the killing on someone else — noting that Scott Peterson, who was later convicted at a sensational trial of killing his pregnant wife and the fetus she was carrying — was also a student at the campus about 200 miles (320 kilometers) up the coast from Los Angeles.

During his closing arguments, Sanger told jurors that no attempted rape occurred and he cast doubt on testimony from witnesses, including a student who was in Smart’s dorm who testified to seeing Flores in Smart’s room.

He also referred to forensic evidence offered by the prosecution as “junk science.”

“This case was not prosecuted for all these years because there’s no evidence,” Sanger said. “It’s sad Kristin Smart disappeared, and she may have gone out on her own, but who knows?”

Paul Flores had long been considered a suspect in the killing. He had a black eye when investigators interviewed him. He told them he got it playing basketball with friends, who denied his account, according to court records. He later changed his story to say he bumped his head while working on his car.

Investigators conducted dozens of fruitless searches for Smart’s body over two decades but in the past two years they turned their attention to Ruben Flores’ home about 12 miles (20 kilometers) south of Cal Poly in the community of Arroyo Grande.

Behind latticework beneath the deck of his large house on a dead end street, archaeologists working for police in March 2021 found a soil disturbance about the size of a casket and the presence of human blood, prosecutors said. The blood was too degraded to extract a DNA sample.

The trial was held in Salinas, 110 miles (177 kilometers) north of San Luis Obispo, after a judge granted a defense request to move it. The defense argued that it was unlikely the Floreses could receive a fair trial with so much much notoriety in the city of about 47,000 people. 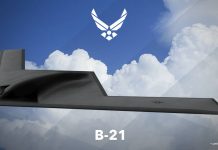 Pentagon debuts its new stealth bomber, the B-21 Raider 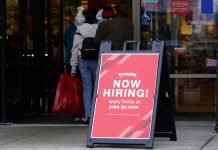 US hiring stayed strong in November despite Fed rate hikes 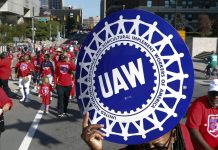 Reform candidates lead in UAW races with 68% of vote counted