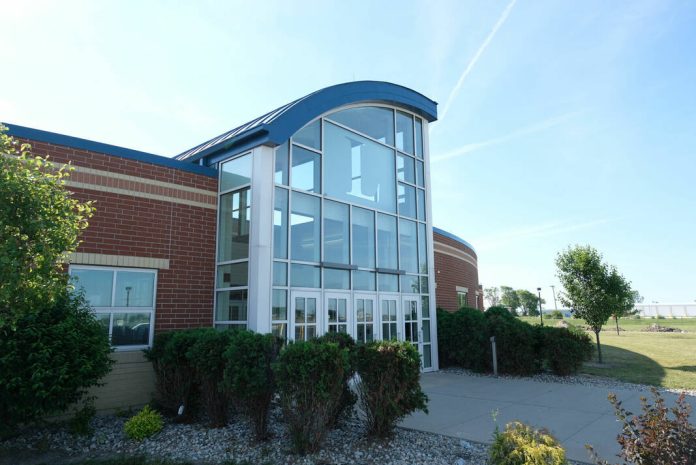 At a special meeting Tuesday, the Lake Local Schools Board of Education accepted the resignation of Josh Andrews, effective Oct. 5. Andrews was also the assistant high school principal.

Andrews resigned from all of his positions in the district following an investigation into allegations that he had inappropriate and unprofessional electronic communications with individuals who had graduated from the district.

Immediately upon being made aware of the allegations, Andrews was relieved of his duties and the board hired the firm of Flannery|Georgalis to investigate the allegations.

The investigation included interviewing current and former students, as well as administrative and other staff members, according to a Tuesday press release from the school district.

The investigators concluded that Andrews did not engage in inappropriate or unprofessional communications with any students while they were still enrolled in the district.

However, the investigation concluded that he did engage in a pattern of inappropriate communications involving Lake alumni.

The investigation also concluded that other staff members were not aware of Andrews’ conduct and that administrators reasonably investigated known allegations and acted appropriately, according to the release.

In a statement on Sept. 19, the Lake administration said that Andrews had been relieved of his duties, pending the outcome of the investigation.

Andrews was hired as Lake head football coach in February 2019, replacing Mark Emans. Andrews, in his fourth season at Lake, had a 12-22 record, including 1-4 this season.

Prior to his time at Lake, Andrews was a teacher and assistant coach at Swanton for eight seasons. Before being hired as head football coach, he had been the assistant principal at Lake High School and Middle School for three years.