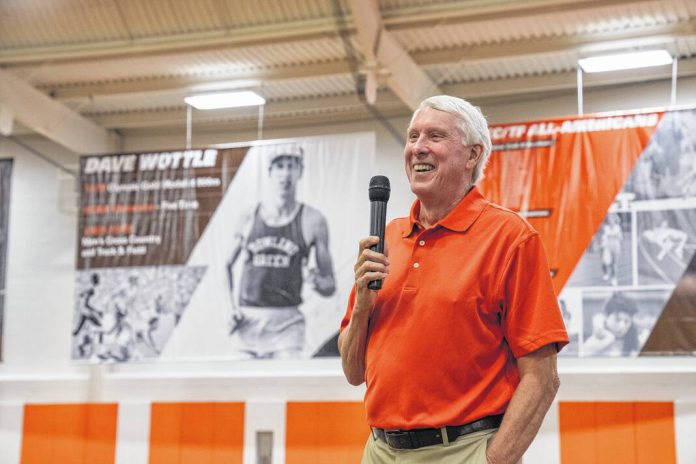 Olympic gold medalist Dave Wottle speaks during an event Saturday at the Perry Field House during a Bowling Green State University Homecoming event. Wottle is a 1973 BGSU graduate and 1978 BGSU Athletic Hall of Fame inductee who competed in cross country and track and field for the Falcons. Wottle finished second in the mile at the 1970 NCAA championships before having a career year in 1972. He won the 1500-meter race at the NCAA championships and the 800-meter race at the AAU championships before leading an improbable comeback to win gold in the 1972 Munich Olympic Games. (Photo by Justin Camuso-Stall | BGSU)