With the thundering sounds of horses on the Mongolian steppes, Tuvergen Band will introduce Black Swamp Arts Festival fans to their fusion of traditional Mongolian and Tuvan music that’s blended with Chicago blues.

“We have a different fusion element, because we are based in Chicago now, we have a lot of blues style in our music now, as well as a little bit of bluegrass. With the blues, in a way, we have a similar root. It’s a really unique sound, that’s blue and really interesting,” lead singer Tamir Hargana said. “Ours sounds are much deeper. Some people say it’s weird and dark.”

He said it is not a negative sound. The colors of sounds appeal to him, with their reflection of nature.

“There’s an energy, when you listen live,” Hargana said. “Our songs are some traditional, mixed our way with blues and bluegrass, but some are also original, but all are our own sound.”

Their vocals are primarily in Mongolian, but include Tuvan and increasingly more English.

“We didn’t expect it, but then came up with our name, Tuvergen, which means galloping. There are a lot of sounds of horses and in our country a lot of our songs are about horses,” Tamir Hargana said. “I make the joke that in Mongolia, 90% of our songs are about horses. In our family we talk about father’s horse or mother’s horse, and our songs about fast horse or cavalry, a lot songs have a lot of horse element. We love horses.”

The music is all acoustic, but there are microphones.

“Throat singing is where people try to imitate different areas or animals, like sheep-sound, horse-sound, cow-sound or bird-sound. Basically, one person can produce two, or three, notes at the same time, in almost like a chant. There is a lower resonant sound and higher note,” Hargana said.

He followed with an example of a sky sound. The distinctive low thrumming balanced with an otherworldly high rhythm as precise, shocking and magnetic as Hendrix playing his feedback.

His imitation of a forest is deep and low, slightly dissonant notes that play off each other like the low notes from the bows of two stand-up basses fighting for dominance.

“These are the two main styles, but we always include with our band the 10 different styles,” Hargana said. “The main fusion is the background part. Me and the fiddler are both from the Mongolian region, but our drummer, Brad Roman, is a local American. He does not play Mongolian, but created his own DIY drums for this trio.”

All three members now do throat singing, but Hargana learned the traditional musical form growing up. He’s one of the first people from Mongolia to also have a major in throat singing as part of his bachelor’s degree.

“It has always previously been passed down orally. The teacher demonstrates for you and then you just learn from him. Now people are trying to learn academically,” Hargana said.

He is also a multi-instrumentalist playing several types of folk lute and morin khuur, the traditional Mongolian horse-head fiddle.

Also hailing from Mongolia is Naizal Hargana, a master of Mongolian morin khuur, the horse-head fiddle. He is a composer and active performer known for his versatile musical styles and transcending of traditional Mongolian and Western music. He was principal and leading soloist of the Inner Mongolian Youth Choir’s Morin Khuur Ensemble.

Roman, the percussionist, brings the Western mix of musical styles to the Tuvergen Band sound, which all three members have embraced. He plays a wide variety of western percussion, didgeridoo and the HandSonic.

Roman is an ethnomusicologist that studies, teaches and performs in a variety of world music traditions. He is an active member of a number of Chicago-based musical ensembles and has toured internationally with groups such as Cirque Du Soleil, as percussionist, drum captain and soloist.

The band formed in 2019, just prior to the pandemic. They took the opportunity to hone their combined sounds. Most of their lyrics are in Mongolian and Tuvan, but increasingly include English.

Their music is available at www.tuvergenband.com. Their live performances can be found on their website and on YouTube in: Mongolia, Russian, Tuva, China, Taiwan, Indonesia and throughout North America. They are working on their first studio album, but singles are available.

Tuvergen Band plays the Main Stage on Sunday at 12:30 p.m.

A special edition on the the downtown Bowling Green festival is in today’s newspaper. 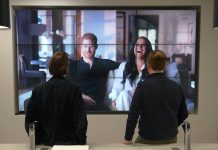 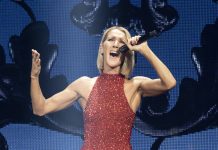 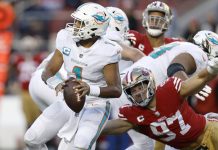