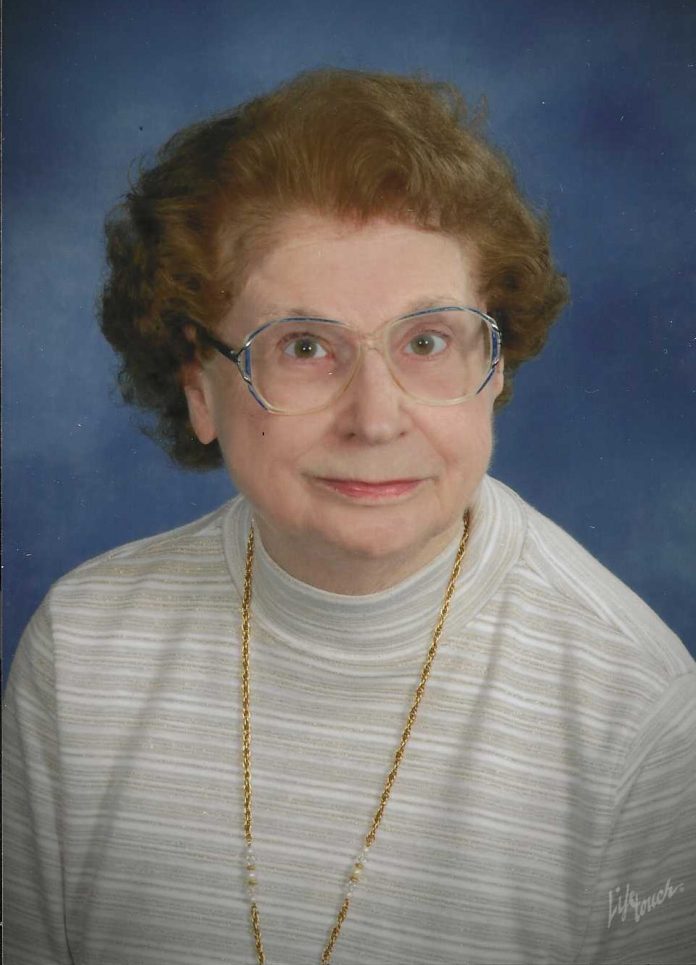 Mary Elizabeth (Snider) Werner was born July 20, 1924 in Erie Township, Ohio.
She was the 4th child of H. Clifford Snider and Dorthea (Lewis) Snider. She went home to Jesus on
December 10, 2019.
Mary attended Erie Township Grade School and graduated from Port Clinton High School in 1942. World War
II was in progress so she went to work at Erie Ordnance Depot near La Carne, Ohio in the mail and
records department.
She met her future husband Cpl. Clarence William Werner (from Wisconsin) on a blind date. He was
stationed at Camp Perry near Port Clinton. They were married on December 12, 1943 at La Carne Methodist
Church.
After a brief station near Fort Knox, Kentucky, Clarence was sent overseas with his Tank Company. Mary
returned home to work at EOD until he returned home safely in 1945.
They eventually moved to Bowling Green, Ohio where Clarence worked as service manager in various
agencies. They adopted a daughter Jennifer Lynn Werner and a foster son for life Jonathon David Werner.
When the children were in school Mary went to work at Bowling Green State University in the Business
office until retirement.
They were active members of First United Methodist Church in Bowling Green. Mary was past president of
the Women’s Society of Christian Service and received the Special membership which is now called Woman
of the Year.
After retirement Mary volunteered in the Salvation Army office nearly full time for many years. She was
presented their award for faithful service.
Mary enjoyed visiting family. She was an avid reader and wrote poetry for a hobby.
“Spirit released, sweet peace; Heart’s rest, God knows best.”
She is survived by her daughter Jennifer (Emory) Bateson of New London, Ohio, son Jonathon Werner of
Bowling Green, grandchildren Elizabeth (Mike) Zellner, Amanda Bateson, Lana (John) Benci and Park
(Alicia) Bateson and great-grandchildren Kory Benci, Sophia Bateson,, Milo Bateson and Xavier Bateson.

She was preceded in death by her husband Clarence in 1991, her parents, and siblings Bill Snider, Hazel
Jeremy, Mildred Cotner and Barbara Gerogosian.
Visitation will be held on Friday December 13, 2019 from 2 p.m. to 6 p.m. at Dunn Funeral Home, located
in the Historical District of Bowling Green at 408 West Wooster St. Her funeral service will be held
Saturday December 14, 2019 at 10 a.m. at the funeral home. Pastor Amy Miller will officiate Interment
will follow at La Carne Cemetery in Port Clinton, Ohio.
Memorial contributions may be given in her memory to First United Methodist Church or the Wood Lane
Clarence Werner Home.