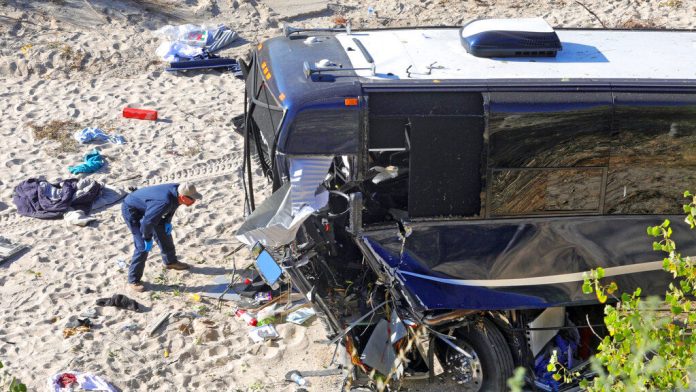 The wreck of a tour bus appears in a dry river bed on Highway 46 near Shandon in Cailfornia’s Central
Coast region on Thursday, Sept. 19, 2019. The bus, carrying the road crew for country singer Josh
Turner, crashed Wednesday evening, leaving one dead and seven injured, Turner and his band were not on
the bus. Two of the passengers are said to have sustained major injuries and five had moderate
injuries.