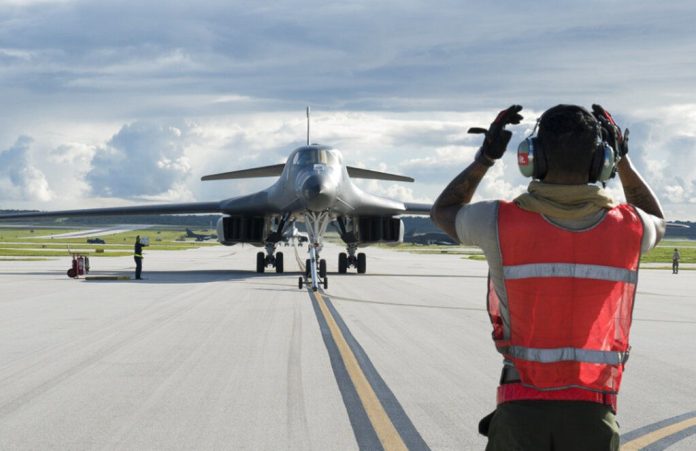 FILE – In this file photo provided by the U.S.Air Force, taken July 26, 2017, a U.S. Air Force B-1B
Lancer arrives at Andersen Air Force Base, Guam. President Donald Trump is raising a large chunk of the
money for his border wall with Mexico by deferring several large military construction projects slated
for the strategically important Pacific outpost of Guam. This may disrupt plans to move Marines to Guam
from Japan and to modernize important munitions storage for the Air Force. About 7% of the funds for the
$3.6 billion wall are being diverted from eight projects in U.S. territory.