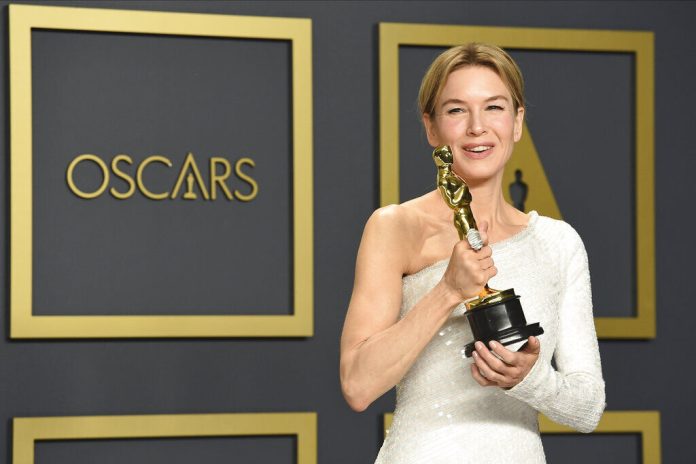 Renee Zellweger, winner of the award for best performance by an actress in a leading role for
"Judy", poses in the press room at the Oscars on Feb. 9, 2020, in Los Angeles. Zellweger has
earned her first Grammy nomination this year. The “Judy” soundtrack, which features Zellweger covering
songs like “Over the Rainbow” and “The Trolley Song,” is nominated for best traditional pop vocal album.
(Photo by Jordan Strauss/Invision/AP, File)