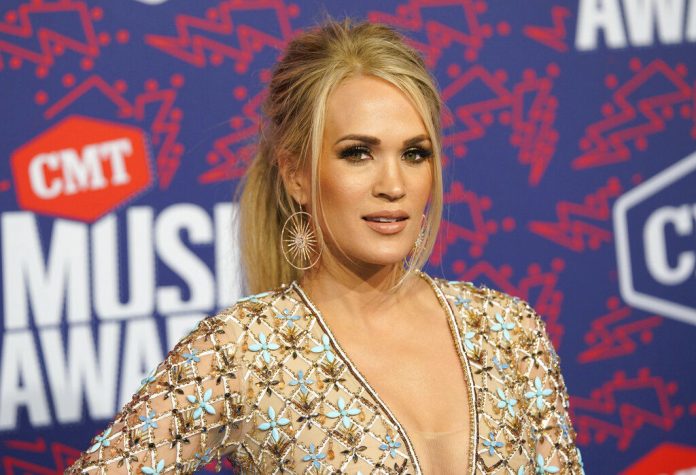 Carrie Underwood extended her run as the most decorated act in the history of the CMT Music Awards with
her 19th win Wednesday.
Underwood won the night’s first televised award — female video of the year — for her song "Love
Wins" at the Bridgestone Arena in Nashville, Tennessee.
"It is my husband’s birthday today — look what they got you," said Underwood, who is married to
former hockey player Mike Fisher.
The Grammy-winning country star will at also perform at the fan-voted show, where she is nominated for
the top prize, video of the year.
Other video of the year nominees include Kane Brown’s "Good as You," Luke Combs’ "She Got
the Best of Me," Kelsea Ballerini’s "Miss Me More," and "Coming Home" by Keith
Urban and Julia Michaels.
Thomas Rhett, Little Big Town and Trombone Shorty kicked off the show honoring the year’s best country
music videos with a performance of "Don’t Threaten Me With a Good Time."
The show will feature more collaborative performances, including Brandi Carlile and Tanya Tucker; Brett
Young and Boyz II Men; and Sheryl Crow and Maren Morris.
Little Big Town returned for a second year as hosts of the show. They told jokes onstage and even sang
some of "Old Town Road," the No. 1 country-rap hit from newcomer Lil Nas X that was booted
from the Billboard country charts when the song was deemed not country enough.
The CMT Music Awards will highlight acts outside the country music world: Taylor Swift is nominated for
two prizes alongside Sugarland for their song "Babe." Shawn Mendes, Boyz II Men and Leon
Bridges also earned nominations.
____
Online:
http://www.cmt.com/cmt-music-awards