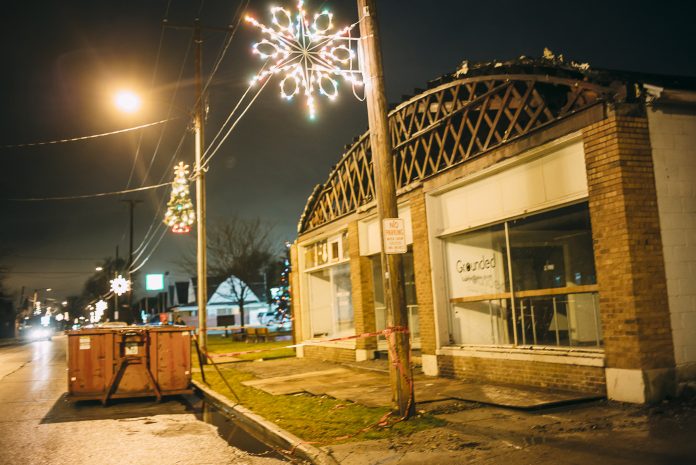 WALBRIDGE – The Wood County District Public Library Board of Trustees is considering asking the village
to bookmark the vacant spot next to the Main Street library.
Walbridge Council purchased the property at 114 N. Main St. adjacent to the library in September for
$25,000. It has spent $18,500 for the demolition of the former office building/coffee shop.
Donating it to the library is not an option, said Mayor Ed Kolanko.
"At this time the village, we want to market it for commercial (use)," Kolanko said.
"It goes against the intent of the administration (which is) to see commercial business to fill that
spot."
Michael Penrod, library director, said he has had one casual conversation about the site with Walbridge
Administrator Kenneth Frost.
"The board hasn’t taken any action. We haven’t made an offer or an official request," he said.
"It’s like when you’re buying a home and you’ve gone and looked at it, but haven’t met with a
Realtor or put an offer in."
The board has been following the sale of the property and asked to meet with Frost to see what the plans
were for the site, Penrod said.
The Walbridge branch could use some extra space for meeting rooms, programming and "people
space," he said.
The library does own property in the back of the building that could add about 1,000 square feet. But
Penrod said it would be a challenge to reconfigure the library space going out back, rather than adding
on to the north where the vacant lot is.
The Walbridge branch serves about 16,000 people in the Lake School District and Northwood area.
The library was built in 1987. The branch was formerly located in the Great Eastern Shopping Center and
when the board decided to look for another space, the village offered the Main Street location, Penrod
said.
An interior renovation was done in 2007, along with a new roof.
"It’s a busy little branch," Penrod said.