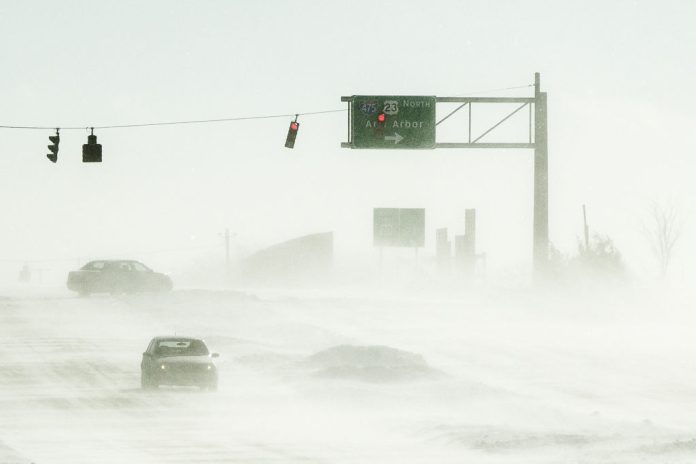 MILLBURY – It may be 90 degrees and humid outside in this late part of summer in Ohio, but the wretched
winter weather and its continued reverberations are being discussed in Lake Township.
At Tuesday’s meeting, the trustees voted to not purchase road salt through a state program for the
upcoming winter.
The price for the salt came in four times higher than last year.
"This is probably the most ridiculous thing I’ve seen in my life," said trustee chairwoman
Melanie Bowen.
The price for road salt this past season was $32 a ton.
The quote this year: $133 a ton.
"We figured it was going to go up. It was a very harsh winter," Bowen said. "But from $33
to $133, that is ridiculous."
Road supervisor Dan McLargin said the state initially asked for bids in May, but none was received.
Another request was put out this month. The township was part of the state bidding process.
He said the township has 400 tons of salt left over. The township used 700 tons of salt this past winter,
which was the worst weather ever on record for snowfall and temperatures.
According to a letter sent by the Ohio Department of Transportation, there are several factors for the
increase in price. They include the extreme weather, large amounts of salt requested because of this
winter’s use and available trucking.
"What’s our options?" asked fiscal officer Vicki Schwamberger.
McLargin said he is checking into whether the township can pick up the salt from a storage location just
a few miles away, saving some money.
He also said Wood County is not going to buy any more salt. The county has 800 tons left over, McLargin
said, and will use stone on the roads during snow storms.
He suggested doing the same in Lake Township.
"It’s going to go back to the old days, when you sit on the salt when you need the salt,"
McLargin said. "The roads are going to be bad this year."
Police Chief Mark Hummer, who is also the township administrator, agreed that the salt price was too
high.
"What is the purpose of spending exorbitant amounts of money to clear roads that will lead to bad
roads?" he said, predicting other areas in Ohio will also skimp on salting roads.
The trustees voted unanimously to decline to purchase salt through the state of Ohio.
The township administration will also inform Lake School District that it won’t be salting the campus
parking lots.
Also at the meeting, the trustees:
• Approved spending $290 for road department employees to attend the Ohio Public Works Expo on Sept.
11-12 in Perrysburg.
• Accepted the donation of three Amish-made swings from Friends of the Lake Township Parks.
• Heard Friday’s Music in the Park had a record attendance of more than 300 people.
• Heard July department reports. Police made 15 arrests and issued 17 citations. The township had 275
calls, Rossford had 389, Walbridge logged 126 and Millbury had seven. The cemetery had 13 burials.
Zoning collected $640 and issued 13 permits.