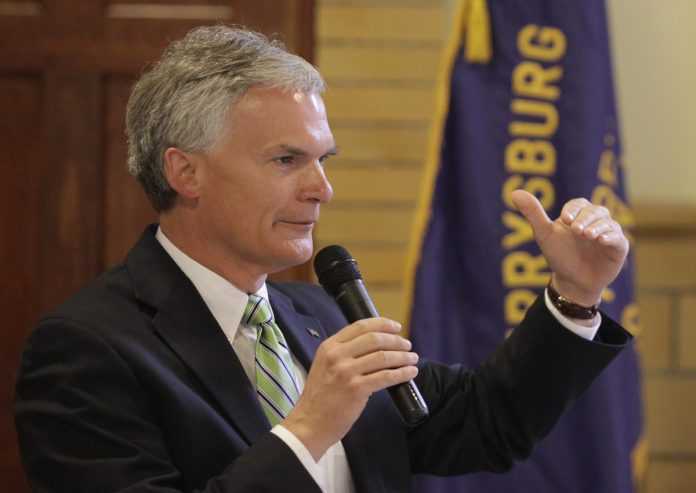 Congressman Bob Latta, R-Bowling Green, has introduced the Propane Supply and Security Act, legislation
to prevent future propane shortages and coordinate response efforts during emergency situations.
In light of what is expected to be another harsh winter, Latta said this legislation will address the
root causes of the propane shortages experienced in Ohio and throughout the country last winter to
ensure homeowners are not again adversely affected.
"Last winter, the lives and livelihoods of many Americans were threatened due to propane shortages
across the country," said Latta. "During extremely cold temperatures, access to heat is not a
product of comfort, but rather a requirement for survival. The Propane Supply and Security Act addresses
the causes of past propane shortages to ensure residents in Ohio’s Fifth Congressional District and
throughout the United States have access to affordable propane when they need it."
The Propane Supply and Security Act is companion to legislation sponsored by Senator Al Franken,
D-Minnesota, Senator Rob Portman, R-Ohio, and Senator Tammy Baldwin, D-Wisconsin, bearing the same name.
The legislation provides for enhanced tracking of propane supplies to better forecast potential
shortages. It establishes the Secretary of Energy as the coordinator of federal and state emergency
response efforts to ensure a coordinated response in the event of future shortages.
It also clarifies that propane shipments can be prioritized in the event of an emergency consistent with
current statutory authorities. Next, the legislation addresses propane costs by directing the Department
of Commerce to more accurately calculate consumer propane prices. It also directs the Secretary of
Energy to study the effectiveness and feasibility of increasing regional propane reserves to mitigate
future supply shocks. Finally, the legislation expands the list of equipment covered under the USDA
storage facility loan program to include propane tanks.