Calista Wilkins is a little girl on a big mission – to help save New Zealand’s Maui’s dolphins from
extinction.
With only about 50 of the dolphins left in world, Calista, 7, is gathering as much support as she can –
from her Otsego Elementary second-grade class to New Zealand’s Primary Industries Minister Nathan Guy.

"She’s a very determined kid," said her teacher, Erin Funk. "Something we talked about in
class is how sometimes there are problems that are hard to fix. This one isn’t."
The problem Calista is facing is the possibility that Maui’s dolphins will be the first marine mammal to
become extinct due to human actions.
After learning about the endangered dolphins from a family friend who used to live in New Zealand,
Calista poured her heart into keeping them alive.
She’s been blogging, fundraising and reaching out to like-minded individuals like conservationist Pete
Bethune, Dr. Barbara Mass of Nature And Biodiversity Conservation Union International and Dr. Elizabeth
Slooten, associate professor in the zoology department at the University of Otago.
"I used Calista as an example and told the class, ‘you have a chance here to make a difference, to
do things people will notice,’" Funk said. "Social media is how people become aware and people
notice when a 7-year-old is doing this."
The message Calista is sharing with the world is how Maui’s dolphins, a subspecies of the endangered
Hector’s dolphins, are only found in the waters off the west coast of New Zealand’s North Island and are
running out of time to be protected from factors threatening their extinction.
Such factors include fishermen using nets where the dolphins swim, particularly gill nets and trawl nets,
in which they get caught and drown, as they can only survive for two-and-a-half minutes underwater, she
said.
"I was really sad because they were dying," Calista said. "When I first told my class, one
kid in my class cried."
However, Calista and others championing the cause aren’t asking to stop fishing altogether to save the
dolphins.
"Hook and line methods, fish traps and every other fishing method is perfectly fine for
dolphins," Slooten said. "The best thing to do would be to stop using gill nets and trawl nets
in the area from Maunganui Bluff, near Dargaville, to Whanganui, out to 100 meters in depth, including
harbors."
But, "some naughty things going on politically" are standing in the way of such simple
solutions, said Calista’s mother, Haley Wilkins.
For instance, of the seven or eight fishing boats threatening the dolphins, Peter Goodfellow, president
of New Zealand’s National Party, owns a few, she said.
"He owns a very large amount of fishing quota. This is one of the big political obstacles in terms
of achieving effective protection for the dolphins," Slooten said.
Other obstacles include the New Zealand government’s call for more research into the problem before they
enact protection measures, even though Slooten has been researching the dolphins and their plight for 30
years.
"If the government had acted 10 or 20 years ago, we could have been more relaxed about it,
protecting a small area at a time. We are really running out of time now and need to act decisively and
make a precautionary decision," Slooten said. "If we leave it another two years, we might
still make it. If we leave it another five years, it will be too late."
For Earth Day, Calista presented the problem to her class and made posters with her classmates calling
for action.
The posters were sent to New Zealand Prime Minister John Key.
Calista had written a letter to Key about the dolphins earlier in the year, which was passed along to
Guy, who responded.
"Calista explained to everybody about the dolphins, and then her little sister, Emy, told her
class," Funk said. "The kids really seemed to understand it, it’s such a simple concept. Just
no fishing nets."
Calista has since gotten mail from people all over the world who’ve seen pictures of the class posters on
her mother’s Facebook page. She’s received post cards, autographs, pins and countless stories from other
people fighting for the survival of Maui’s dolphins.
"I feel really good that a lot of people cheer me on," she said. "I feel more
encouraged."
However, Wilkins said she feels the need to protect Calista from the pain that sometimes comes with being
an activist, especially when the activist is a second-grader.
"There are a million things in the world that you can be concerned with, but how do you explain to a
7-year-old that this is just one drop in the bucket?" she said. "To her, this is everything.
She’s opened herself up to this and it’s a lot to take in."
Still, her family has stood beside her since day one, Wilkins said.
She helped Calista make slips of paper with the link to her blog, helpmesavethem.com, to give to people
she walks up to and shares her story with.
If the Maui’s dolphins are saved, the family will take a trip to New Zealand to see them and it will be
"party time," Calista said.
But whatever the outcome, everyone is proud of Calista’s efforts, especially Emy, 5, who says with a
smile, "That’s my big sister." 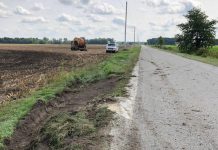 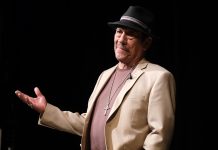 From felon to entrepreneur: Trejo talks about his ‘blessed life” 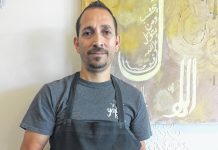