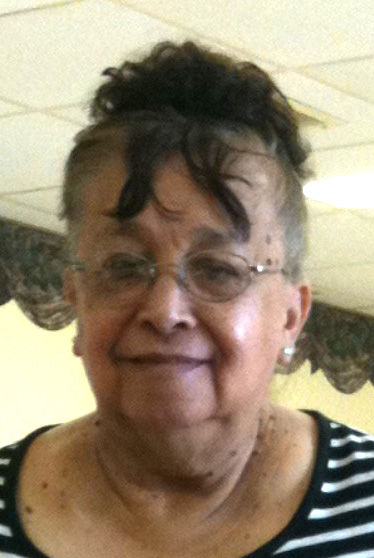 Esther Torres, 74, of Rudolph, Ohio, passed away Tuesday, September 16, 2014.
Esther was born in Michigan to the late Rafael Sandobal and Antonia (Perez) Arocha. She married Santos
Torres in the St. Louis Catholic Church in Custar, Ohio on May 13, 1961 and he preceded her in death in
2001.
Esther is survived by her daughters: Anna Flores, of Rudolph, Ohio; Patricia Cardenes, of Bowling Green,
Ohio; five grandchildren; four great-grandchildren; three sisters; six brothers and a host of nieces and
nephews.
Along with her parents and husband, Esther was preceded in death by two brothers and a sister.
Esther was a member of St. Aloysius Catholic Church.
She retired after 43 years as an Assembler with the BioFit Engineered Products.
She enjoyed sewing and was very well known for her excellent cooking. She also enjoyed spending time with
her family, especially her grandchildren and great-grandchildren. She will be truly missed by her family
and friends.
A Memorial Service for Esther will be held at a later date.
Arrangements have been entrusted with the DECK-HANNEMAN FUNERAL HOME & CREMATORY, 1460 W. Wooster
Street/P.O. Box 648, Bowling Green, Ohio 43402. Tele: 419-352-2171.
Memorial contributions in Esther’s honor may be given to the family c/o of the Deck-Hanneman Funeral Home
P.O. Box 648, Bowling Green, Ohio 43402.
Online condolences as well as fond memories may be shared with Esther’s family by visiting
www.hannemanfh.com.