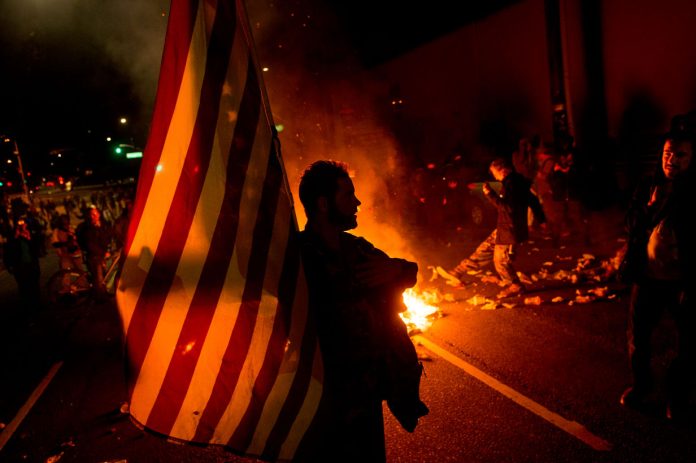 James Cartmill holds an American flag while protesting in Oakland, Calif., on Monday, Nov. 24, 2014,
after the announcement that a grand jury decided not to indict Ferguson police officer Darren Wilson in
the fatal shooting of Michael Brown, an unarmed 18-year-old. Several thousand protesters marched through
Oakland with some shutting down freeways, looting, burning garbage and smashing windows. 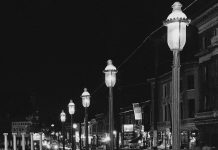