Bowling Green’s women’s soccer standout Madi Wolfbauer has been recognized by the Mid-American Conference
for the second consecutive week. On Wednesday morning , Wolfbauer was named the MAC East Division
Offensive Player of the Week.
Wolfbauer earns the award for – as mentioned – the second consecutive week, and for the second time in
her BGSU career.
This is the fourth honor for Wolfbauer in the last two weeks. On March 23, she was named the MAC’s
Offensive Player of the Week for the East Division, and also earned honorable mention on the Top Drawer
Soccer Team of the Week.
On Monday, Wolfbauer was named to the College Soccer News National Team of the Week.
Wolfbauer, a native of Canton, Michigan, scored two more goals in the Falcons’ lone match last week, a
3-0 win at Ohio on Sunday. Wolfbauer converted a penalty kick in the 11th minute to give BGSU an early
2-0 lead, and she scored again early in the second half to put BGSU up by three.
Wolfbauer now has team-leading totals of five goals and 10 points on the season, and she has scored all
five of those goals over the last three games. She is the first BG player with back-to-back
multiple-goal games in over a decade (since September 2010).
The Falcons (5-1-0, 5-1-0 MAC) sit atop the MAC’s East Division. BGSU has outscored opponents by a 15-2
count this season, and the Falcons have outscored opponents, 10-0, over the last three matches. 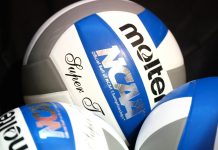 Falcons tally 20th win of the season with sweep over Buffalo