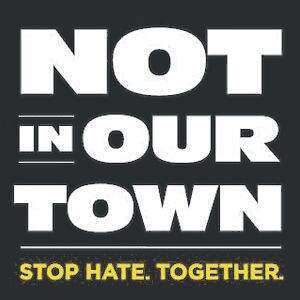 Extremists in the U.S. come in many different forms — white nationalists, anti-LGBTQ zealots, racist
skinheads and neo-Confederates. The rise of extremism and the subsequent rise of extremist violent
attacks in the United States have been growing steadily since 2007.
Throughout history, periods of uncertainty and transition – including events like elections, economic
downturns and outbreaks of disease – have triggered and accelerated division, hate and violence. How
does this happen?
Uncertainty, transition or increased environmental threat often create a sense of scarcity or perceived
need for protection. This, in turn, increases competition between groups.
During times of uncertainty, any perceived threat can intensify the dynamics of conflict, leading people
to turn inward and “close ranks” around “their” group (for protection, to advocate for scarce resources,
etc.), while viewing “other” groups as threats to their cultural, economic, or physical security. For
the classic case study, we can look at Germany in the 1930s, with tragic consequences.
Also, throughout history, certain patterns of speech have emerged in the leadup to and during the
violence, that is intended to target people based on their identity — narrative patterns that create and
target a “them” and narrative patterns that create and mobilize an “us.” These narrative patterns
increase people’s acceptance of discriminatory policies or actions — even violence — while also creating
intimidating and powerful pressures for those who might typically oppose such actions, to remain silent.

The question then becomes: How do we build a healthier society, one that’s less vulnerable to these types
of division, and acts of hate, in the first place?
What actions can we take to counteract the dangerous narratives in times of uncertainty?
The answer lies in the belief that we absolutely can and must do something to stand up in response to the
extremists’ rhetoric and violence. The answer lies in our efforts to harness the power of communication
– of words — to prevent, resist and rise above identity-based violence and other forms of group-targeted
harm.
Words matter, for sure. They can divide, but they can also nurture and reinforce the best goals of our
societal fabric, in which we all live in respect for each other as neighbors willing to show up in
solidarity and support when marginalized groups within our communities are targeted. In our private and
public conversations in our town, we all have this opportunity, and we all have this responsibility.
Interested in learning more about how stop hate in our local community? Join NIOT’s next Community
Conversation series on the Rise of Extremism on March 30, April 28 and a date in May (TBD) from 7-8 p.m.
More details will be published as they become available from NIOT.
NIOT BG is a community-wide movement, with monthly meetings alternating between the Bowling Green State
University campus and a downtown location.

7X needs to be a good neighbor