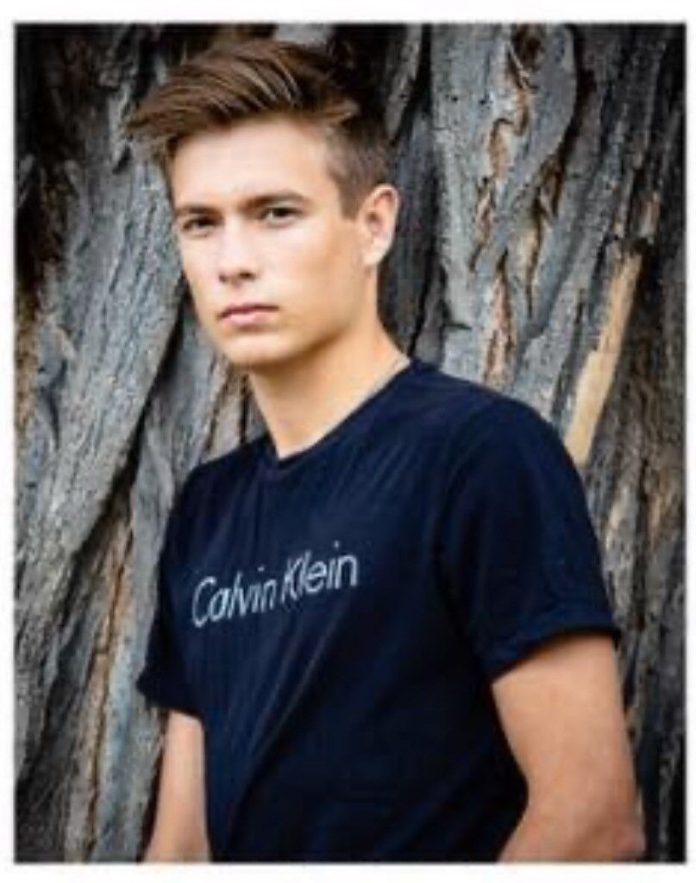 A Bowling Green State University student, who was reportedly the victim of a hazing incident off campus
on Thursday, has died.
"The death of Stone Foltz is a tragedy," said Sean Alto, partner with Cooper Elliot in Columbus
on Sunday night. "He was a beloved son, brother, and grandson. At this time we are gathering all of
the facts leading to his untimely death and we have no interest in commenting on speculation.
"However, we do ask that you please show respect and consideration for Stone’s family. Despite their
unbearable grief, they agreed to donate Stone’s organs so that others may have a second chance at
life."
Foltz is from Delaware and attended Buckeye Valley High School. He graduated in 2019.
President Rodney Rogers, in an email to the campus community on Sunday, said that Stone was 20 years old
and a sophomore in the Allen W. and Carol M. Schmidthorst College of Business.
"Those who knew Stone remember him as a kind, selfless person with a great sense of humor. We mourn
his tragic loss and share in his family and friends’ sorrow," Rogers said.
Condolences to his family can be sent to [email protected]
Counseling is available to students, both remotely and in person, through the BGSU Counseling Center
directly. Faculty and staff may receive support through the University’s Employee Assistance Program.

"Let us find comfort and inspiration in Stone’s memory. Please continue to keep his parents, and
family and friends in your thoughts during this very difficult time," Rogers said.
The university, which placed Pi Kappa Alpha fraternity on interim suspension for the alleged hazing
activity, has also suspended all new member intake processes and on- and off-campus social events of
chapters in all four Greek councils on campus.
BGSU is investigating with the Bowling Green Police Division, said Alex Solis, deputy chief of staff and
university spokesperson in a statement on Saturday afternoon.
“We are working with local law enforcement, who are actively taking the lead in investigating this
unfolding situation,” he said.
“Above all, we remain committed to supporting the hospitalized student’s family and friends. They are
living every loved one’s worst nightmare, and we owe them the utmost respect and privacy at this time.”

The incident reportedly took place off campus.
A Bowling Green police spokesman has been asked for comment.
A lieutenant, in an email, said they were aware of the incident, were investigating and did not have
anything additional to add at this time.
The university is pursuing its own student code of conduct investigation, including both the fraternity
and students involved.
BGSU will also be reviewing all other student organizations.
In a letter to the university community earlier Sunday, Rogers announced the suspension of Greek life
across campus.
“While fraternity and sorority life has been woven into the fabric of higher education, we must act and
respond today to this tragic incident,” he said.
Administration has been working with student leaders from the Interfraternity Council, Multicultural
Greek Council, National Pan-Hellenic Council, College Panhellenic Conference, Undergraduate Student
Government and the undergraduate student representative to the trustees to begin to address the short-
and long-term future of fraternity and sorority life at BGSU.
The suspension of activities will be enforced until each chapter individually and successfully works with
the Office of Fraternity and Sorority Life and the Office of the Dean of Students on comprehensive plans
to safely restart. To do so, chapters may continue to conduct organization-wide and executive board
meetings virtually with pre-approval from the Office of Fraternity and Sorority Life.
“Over the next week, Greek student leaders, along with our staff, will shape the framework of these plans
to provide for increased accountability and to ensure hazing has no place at Bowling Green State
University. We will also increase our work with our Greek national headquarter offices on safety and
anti-hazing efforts,” Rogers said.
In addition, recognizing that hazing may not be limited to this single incident and to promote more
accountability and transparency, the university will consult with outside third parties to conduct a
broader review of student organizations and activities, he said.
“Hazing is a national problem going beyond fraternities and sororities. BGSU has put in safeguards,
policies, protocols and processes, and support services to combat hazing,” Rogers said. “These
university processes and policies have been established to set high expectations and standards and to
enforce compliance and ensure the safety of all students. Clearly, we remain committed to improving,
even working to address off-campus and nonsanctioned events. We will step up our efforts – increasing
education, enhancing support and reporting outlets, reviewing internal processes, evaluating recruitment
structures, and elevating outreach and communication campaigns.
“Let us be clear: We recognize that not all students involved in Greek life are contributing to hazing.
We value our students engaged in Greek life and the home that they have found in their organizations,
and we wish for a community that includes a vibrant fraternity and sorority life. Hard work lies ahead.
We need to come together to demand better, and this is just the start.”
On Sunday, the university said in a statement that the investigation is continuing.
“Given that Pi Kappa Alpha is not currently recognized as a registered student organization, the
fraternity’s Greek letters were removed from its on-campus residence this morning,” Solis said.
The fraternity, based in Memphis, Tennessee, released this statement on Saturday regarding Foltz, a new
member of the Delta Beta Chapter of the Pi Kappa Alpha International Fraternity at BGSU.
“The International Fraternity is horrified and outraged by this incident. The Fraternity has a
zero-tolerance policy toward illegal activity, substance abuse, bullying, and hazing of any kind. Let us
reiterate in the strongest terms: We refuse to defend or condone any behavior that creates dangerous
environments or situations for our members or the larger campus community at any of our 200+ chapters in
the United States and abroad.
“We have immediately placed this chapter on administrative suspension and advised its leaders to
cooperate fully with university administration and local law enforcement. As more details are confirmed,
we will also pursue permanent suspension of Delta Beta Chapter as well as expulsion of all chapter
members from the International Fraternity.”
The North American Interfraternity Conference, which is the national trade association of college
fraternities, issued a statement.
“While the circumstances surrounding this incident at Bowling Green State is still under investigation,
we must be clear that hazing is a betrayal of the fraternal vows to which every member commits and has
no place on campus. When hard alcohol is added to the mix, it is a formula for tragedy.
“The North American Interfraternity Conference is partnered with Kathleen Wiant whose son Collin died in
2018 at Ohio University and other parents of hazing victims to educate about hazing and advocate for
stronger laws. Our efforts include advancing the END ALL Hazing Act in Congress and making hazing a
felony through state legislation including Collin’s Law now before the Ohio State Legislature.”
Ohio Rep. Haraz Ghanbari, R-Perrysburg, said that he has been monitoring the BGSU situation.
"My thoughts and prayers are with his family, friends and BGSU community. As we learn more, I remain
committed to furthering the Anti-Bullying and Hazing Act I co-sponsored during the last General Assembly
that the House passed. We must get a bill sent to the Governor’s desk to address these very serious
incidents which impact our talented youth and young adults.
Incidents involving bullying and hazing happen far too often; however, we only hear about these incidents
when such tragic events make headlines.”