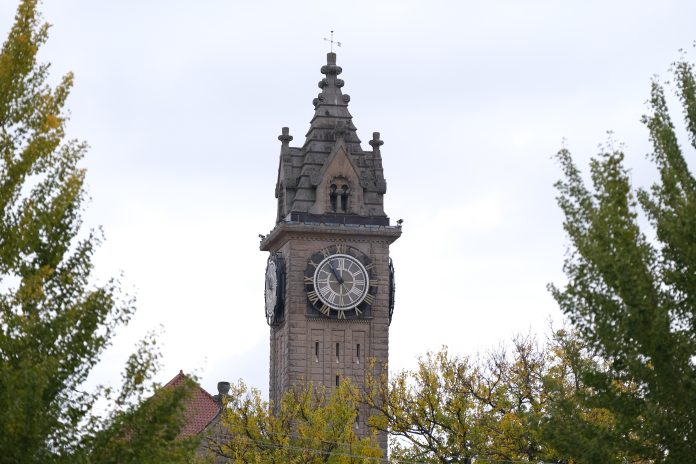 A former doctor may be sentenced to intervention in lieu of conviction for a drug offense.
Edward Wojciechowski, 51, appeared Monday in the courtroom of Wood County Common Pleas Judge Molly Mack.

A drug screen of the defendant was negative.
He had been indicted in July for two counts of possession of a fentanyl-related compound, both
fifth-degree felonies, and two counts of illegal use or possession of drug paraphernalia, both
fourth-degree misdemeanors.
Co-defendant Tiffany Marie Dodge, 26, Toledo, was indicted for two counts of possession of a
fentanyl-related compound and one count of illegal use or possession of drug paraphernalia.
A nationwide warrant was issued for her arrest after she failed to appear for a hearing in December.
On Sept. 8, the duo did knowingly obtain, possess or use a controlled substance that contained a
fentanyl-related compound and did knowingly use or possess drug paraphernalia.
Wood County Assistant Prosecuting Attorney Brian Boos said he had no objection to the defense’s request
for intervention in lieu of conviction.
Defense attorney Norm Geer said a lot has happened since the offense occurred in September 2019.
Wojciechowski had an OVI charge, which he pleaded guilty to and served his time.
Bond was modified in August after he tested positive for drugs.
“He did really well for six months … we made no secret of the positive drug test,” Geer said. “He’s an
addict. He has conquered the fentanyl and heroin part of it.”
Wojciechowski, who has lost his medical license, apologized. He said he is getting intensive outpatient
treatment at Harbor and counseling with his priest once a week.
He has applied to a graduate program at Bowling Green State University and undergoes regular drug testing
through Harbor and the court system.
He said he has had his phone taken away, so in the event he receives any texts from someone selling
drugs, others will handle it.
Mack sent a hearing date of May 3 to grant the in lieu of request.