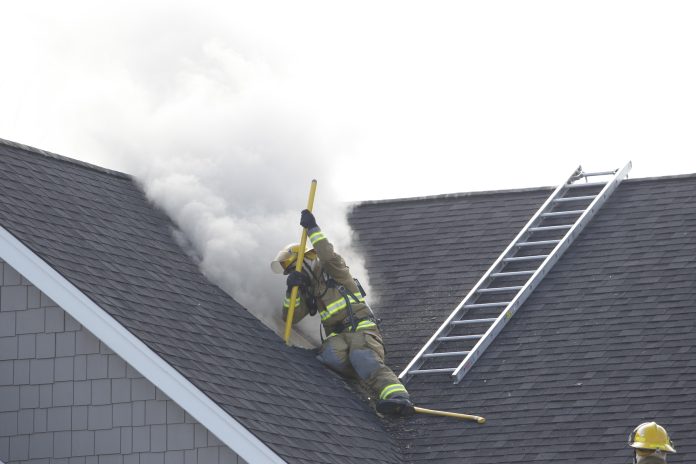 The cause of a fire that heavily damaged a new home in Middleton Township on Thursday is believed to be
accidental.
The blaze was reported at the residence, 15799 River View Place, at approximately 10:40 a.m.
Middleton Township, Perrysburg, Washington Township and Waterville departments responded.
Middleton Township Fire Chief Steve Asmus said most of the damage was localized to the first floor and
basement of the structure. Flames also spread into a wall and a small amount of fire traveled to the
attic.
Asmus said the house was  newly constructed and it was his understanding a family was preparing to move
in shortly.
The financial loss was valued at about $120,000. The structure itself was valued at approximately
$300,000, Asmus said.
“It’s not a total loss, but it’s a new home, so I don’t know what they’re going to do,” he said.
Asmus said the State Fire Marshal’s office came to the scene to investigate. Suspicious causes were
eliminated as possibilities, and he said that they are “leaning toward” a ruling of an accidental cause.

Asmus said the final fire marshal’s report has not yet been made available.
Crews were back in service around 1 p.m. The investigation was completed around 5:30 p.m., he said.