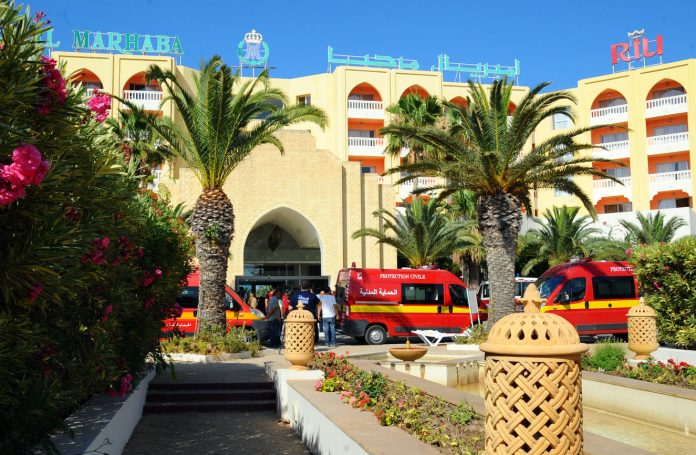 Injured people are treated near the area where an attack took place in Sousse, Tunisia, Friday June 26,
2015. A young man unfurled an umbrella and pulled out a Kalashnikov, opening fire on European sunbathers
in an attack that killed at least 28 people at a Tunisian beach resort — one of three deadly attacks
from Europe to the Middle East on Friday that followed a call to violence by Islamic State extremists.