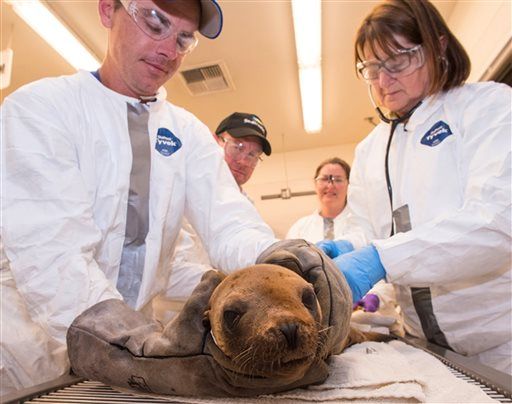 This May 22, 2015 photo from the U.S. Coast Guard shows animal care experts at SeaWorld San Diego
attending to an oiled sea lion, which was found Friday at Refugio Beach near Goleta, Calif. The pipeline
that leaked thousands of gallons of oil on the Santa Barbara coast was the only pipe of its kind in the
county not required to have an automatic shutoff valve because of a court fight nearly three decades
ago, a county official said. The original owner of the pipeline skirted the county requirement by
successfully arguing in court in the late 1980s that it should be subject to federal oversight because
the pipeline is part of an interstate network and auto shutoff valves are not required by federal
regulators.